This Xtar ST2 was provided by Xtar free of charge for review. This review is incomplete because my ST2 sample failed before I could do much testing. There are more complete reviews available from mooch and bmengineer.

The Xtar ST2 is a fast charger for large Li-ion cells with two slots and USB-C PD input. It's not a powerbank, a small-cell charger, an analyzer, a multi-chemistry charger, or anything else. It just charges big Li-ion cells to 4.2V quickly. 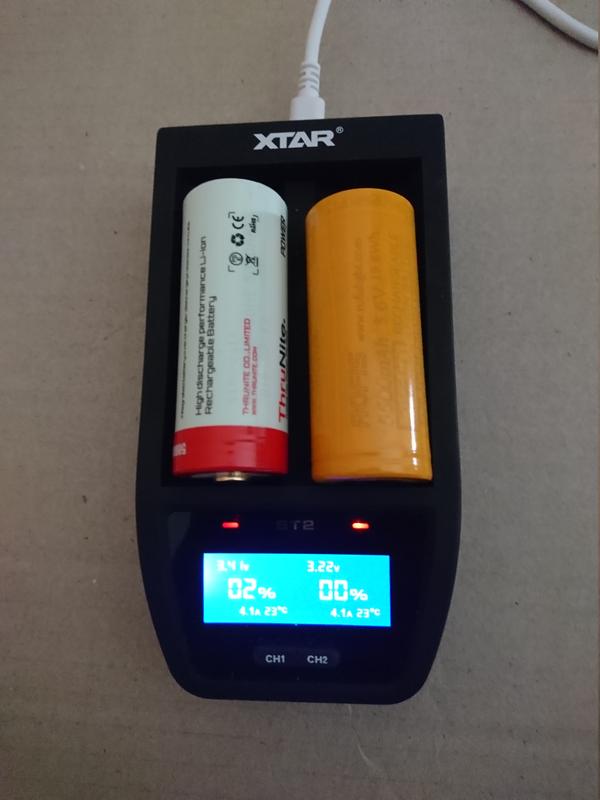 Advertised performance is 4.1A charge current per slot, which is one of the highest available for a Li-ion slot charger. Small cells are not supported, and the charging contacts in the slots will not make contact without the use of a third-party spacer. The ST2 can charge any 18650 and many 21700s to 80% in under an hour. While not an acute danger for most 65mm+ long cells, slower charging is better for service life. The user can select lower current manually, but the ST2 defaults to the fastest charge possible based on the USB power supply used and the internal resistance of the battery.

A fast charger using a standardized power supply is useful for a heavy user who doesn't want to bring a large stock of spares. The average user, on the other hand might be better served by a more versatile charger like the VC2S or VC4S. Such rapid charging is, perhaps a niche feature, at least in the flashlight world, but it's a reasonable enough niche to fill and therefore a solid concept.

The ST2 is large for a two-slot charger, with wide bays that comfortably hold two 26650s, and long sliders that support even the longest protected 21700s. There are temperature sensors in the bays to prevent cells from overheating, and buttons to adjust charging current. Nearly all USB charging standards are supported, with basic operation possible on plain 5 volt input and higher charging current available with QC 3.0 and PD 2.0. Maximum performance requires 15V, 3A PD. Two buttons are provided to adjust the current of each slot. The lowest current setting is 1A, which should be fine for almost all 65mm long Li-ion cells. 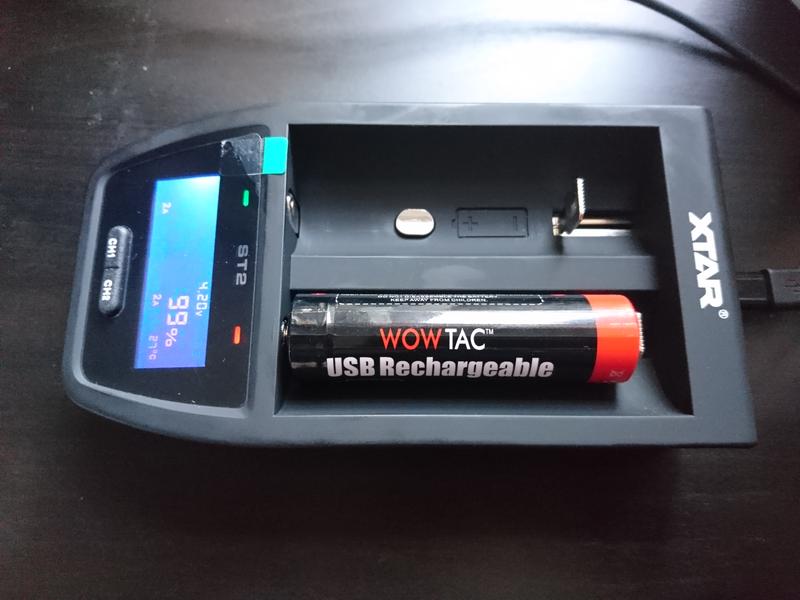 Charging current is selected automatically based on the internal resistance of the cell, which is measured and displayed upon insertion. The temperature of each cell is shown on the display, and current is reduced if the cell gets hot. The ST2 will shut off completely if a cell exceeds 60C. This is a good safety feature for a high-current charger, however the charger does not monitor the temperature of its internal components. More on that later.

The display is very informative, with internal resistance, voltage, charging current, estimated percent charge, and temperature shown for each cell at the same time. "Er" is displayed if a cell is inserted incorrectly, or the charger is unwilling to attempt charging for some other reason. For a quick status check from a distance, there's a red/green light indicating charging in progress, or complete respectively.

The ST2 is a reasonable design overall for the purpose of charging large Li-ion cells rapidly, but I do wish it monitored its own temperature.

The ST2 seems to do what it says on the tin. I charged 18650s and 26650s with it several times using a 5V USB power supply, and charged single cells from a 110W LVSun PD power supply. When I tried charging two 26650s from 3.0V using the PD power supply at 4.1A, I left the room for a few minutes and returned to be greeted by the odor of the magic smoke that powers electronic devices. Of course, once the smoke has been released, they no longer function. My ST2 was completely dead, and the cells had been charged to about 3.5V. 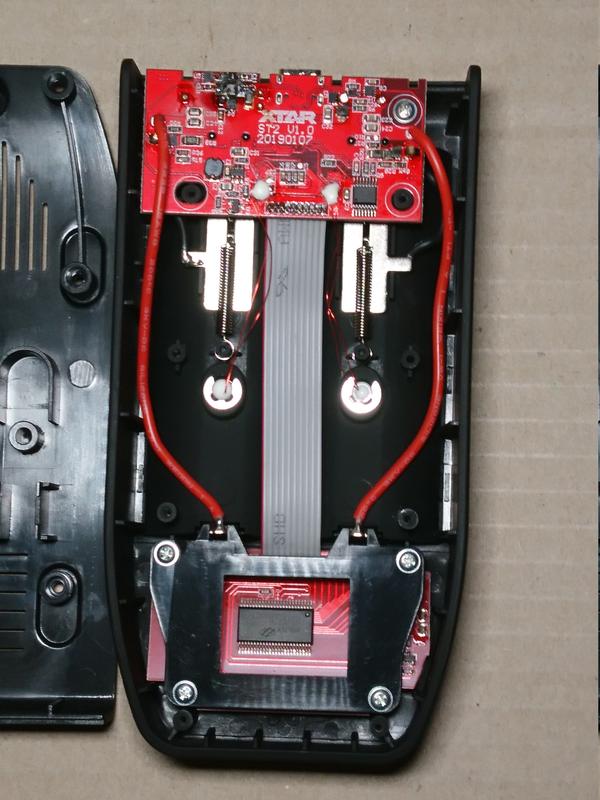 This FET in a position marked Q5 on the board in other images self-destructed, likely due to a manufacturing defect. I informed Xtar, and they said they would pass along the details to their engineers. They did not inform me of the engineers' response.

Since the cause of this failure is not known, nor is the probability of other units failing similarly, I cannot recommend the ST2 at this time. 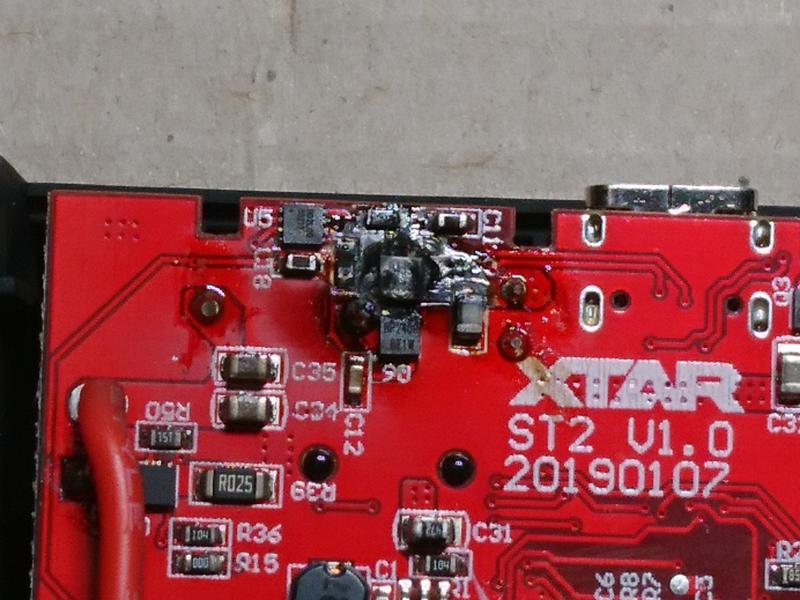