This isn't a review. Not really. If you want a review, read maukka's review. Summary: the tint is perfect, and it does exactly what it says it does. The nearly 3-second long-press for on/off is the only real disadvantage.

I was very happy with mine until it stopped working. I dropped it a short distance onto a padded surface, which I expect any portable lighting to survive. It didn't. There was no response to the power button on battery, however the screen did turn on when plugged in, showing 100% charge. Turnign on the light resulted in a brief flash before it turned off. I suspected the battery had become disconnected, and it is not intended to be user-serviceable so I contacted Viltrox via Amazon on Sunday night and asked how to use the warranty. They asked for a couple of pictures to document the problem, and said they were sending a new one, expected Wednesday. It arrived Tuesday.

Viltrox didn't ask for the broken unit back, so I took it apart. After a failed attempt at prying, I realized I had a suction cup from a smartphone windshield mount I could try. That lifted the clear LED cover enough to get a wedge under it and pry it out. 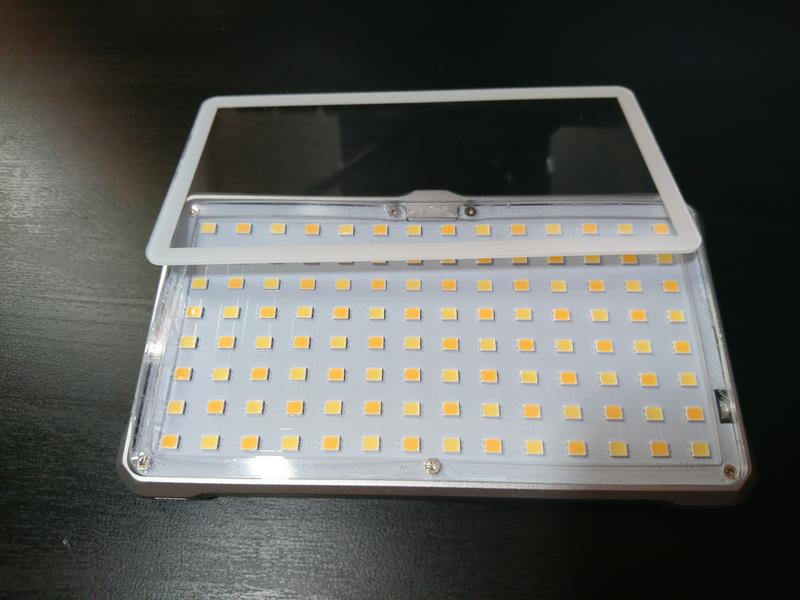 The spacer here looked to me like it sat on top of the screws, so I pried it off. This was a mistake; it's only the double-sided tape that's on top of the screws. The spacer is screwed down, and the correct approach is to cut out small sections of the tape and unscrew them. I bent the spacer quite a bit. 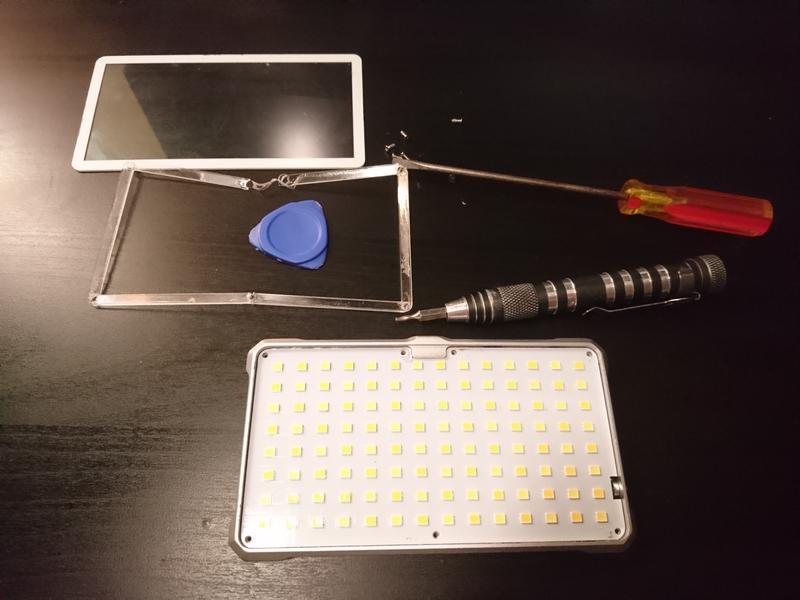 Here's what's inside. The problem is hard to spot with eyes, but not hard to find with a voltmeter. 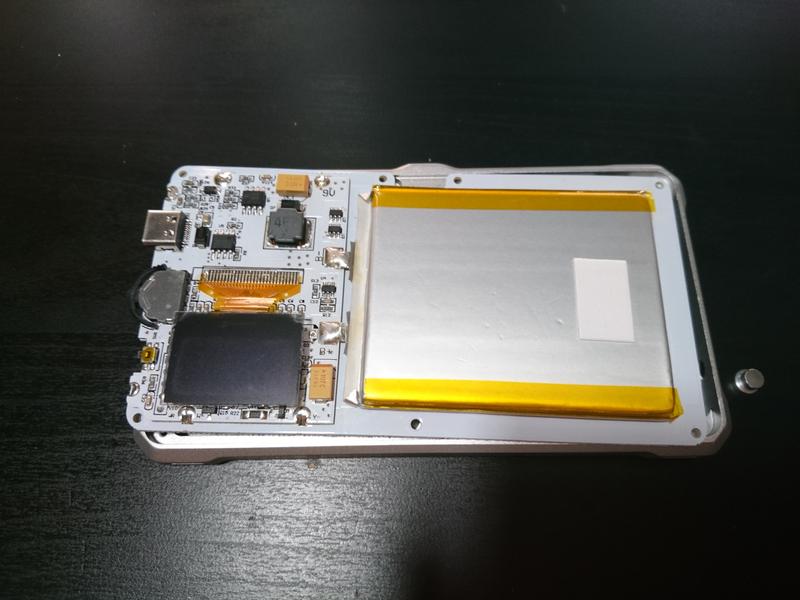 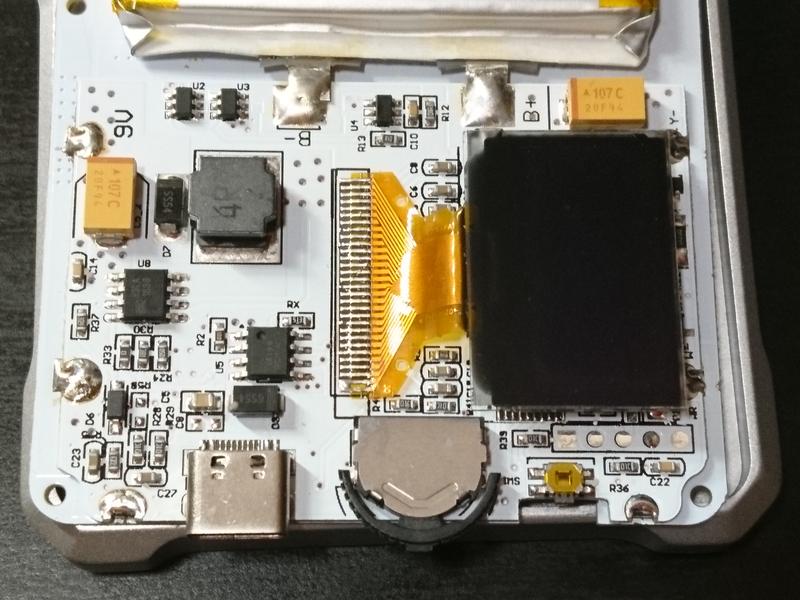 One of the tabs on the battery was broken.

A bit of flux, a bit of solder, a bit of profanity, and it's re-attached. I cut six lengths out of the spacer to avoid the damaged screw holes and tacked them down with a bit of glue. I failed to photograph this, but I think imagination will suffice.

Here it is back together. This can be done without the scratches visible on the left side by using a suction cup. 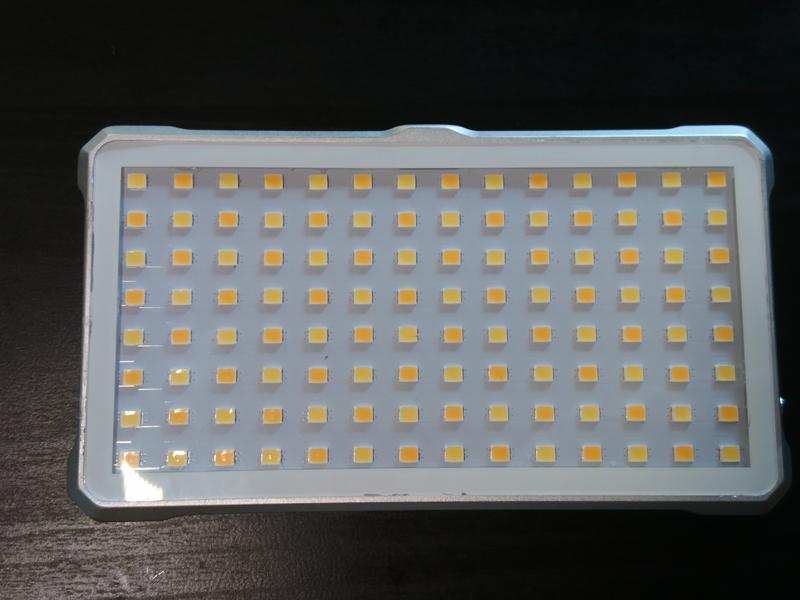 I'm happy with how the company handled this and remain very satisfied with the product.