This Thrunite TC20 v2 was provided by Thrunite for review. The TC20 v2 is also available on Amazon from Thrunite Direct (affiliate link). 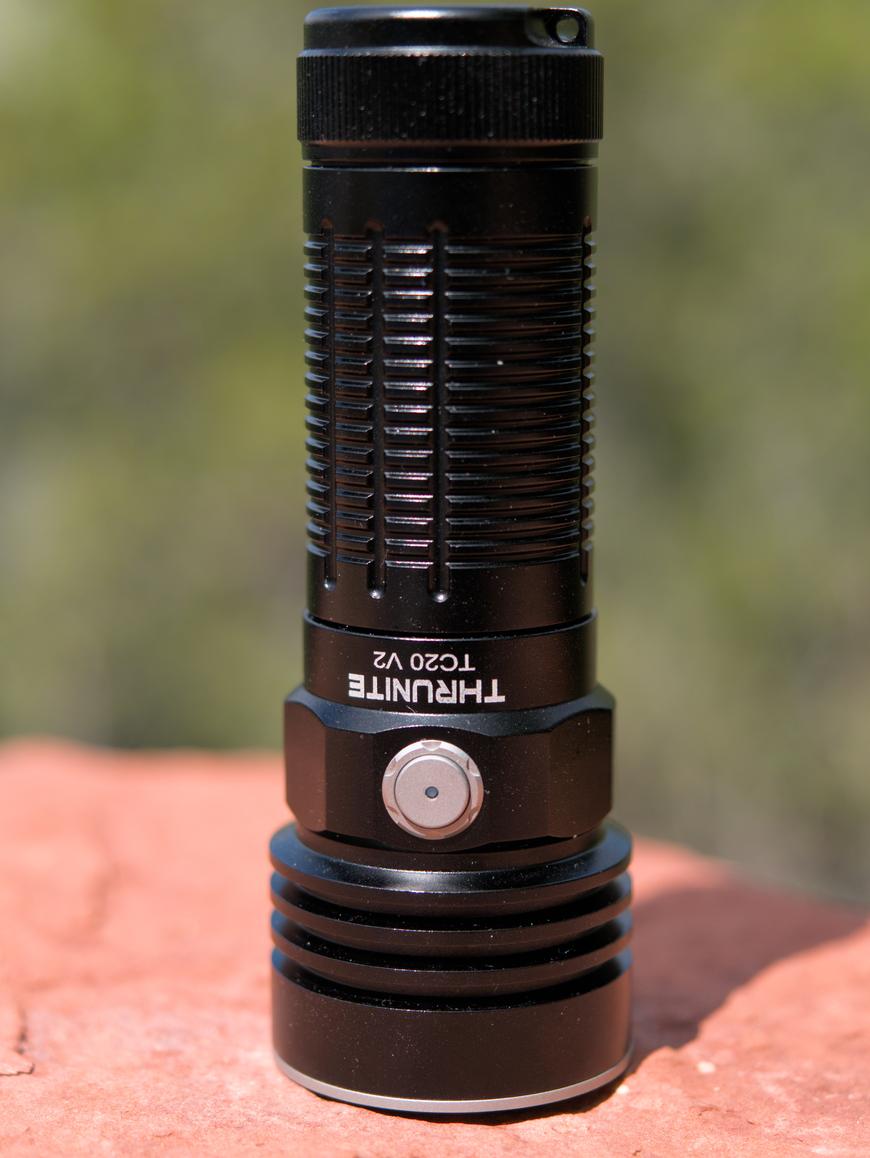 The Thrunite TC20 v2 is a minor refresh from the original; its body texture is different, and it uses a USB-C port instead of MicroUSB-B. Throw is slightly increased, though the advertised number is lower and now reasonably accurate. If you've read my review of v1 or you're familiar with that light, there will be no other surprises here. 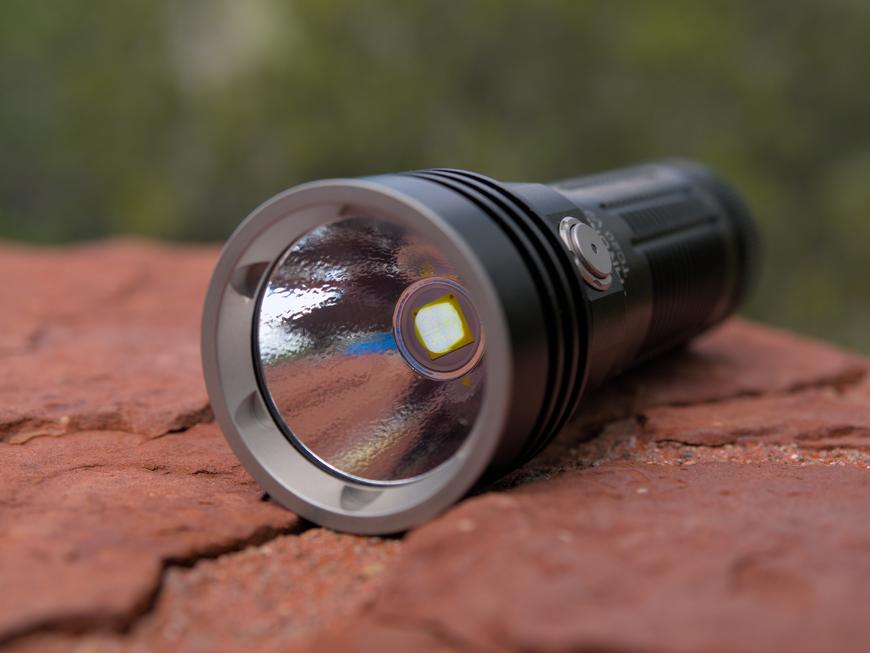 The TC20 v2 is a 1x26650 flashlight with USB-C charging, high sustainable output, and a fairly floody beam pattern intended for general use. The TC20 would be a good handheld light for the house or car as long as it won't need to be used much past 100 meters on a regular basis. The regular price is $90, but it's often discounted to about $65.

The TC20 v2 has a space-efficient body that takes up as much space as the light's features require, and not more. It shares its general look with other current Thrunite products like the T2 and TC15. Oddly, it includes the hex-shaped anti-roll area found on the TC15, but in combination with a head that's wider so no anti-roll functionality is actually present. The side switch is more proud than on pocket-oriented models so it can be felt through gloves.

The emitter is a Cree XHP70.2. Thrunite has wisely used a textured reflector with this emitter to reduce the rainbow appearance of the beam for which it is infamous. The user interface is the older version of Thrunite's usual e-switch design in which a short press is always on/off and there are shortcuts from off directly to the lowest, highest, and last-used modes. I prefer the older version because it's possible to step up from the moonlight mode without turning the light off. 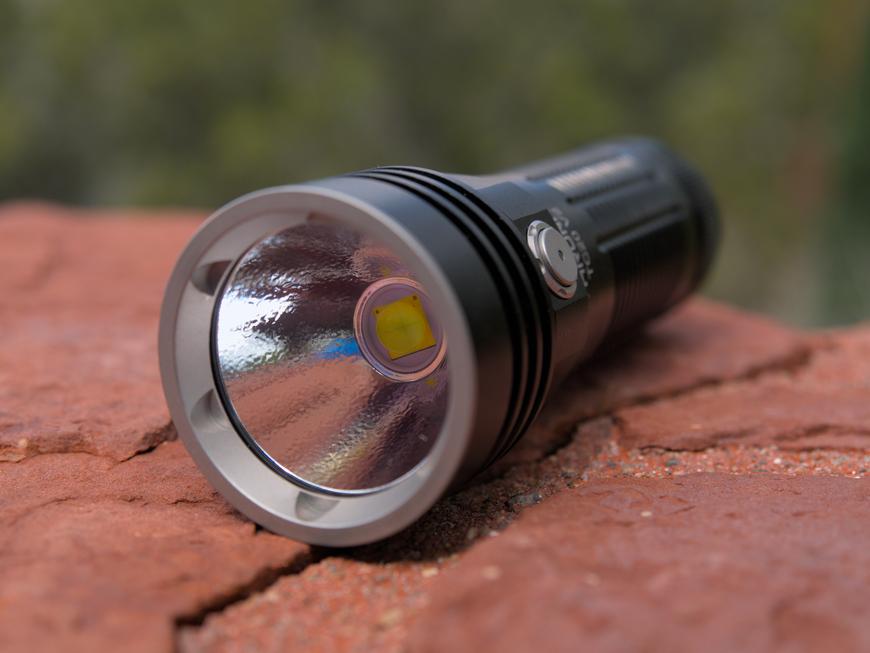 No color rendering index is specified, which is typical for the industry, but something I'd like to see all manufacturers improve. CRI helps to show detail and more quickly identify objects. I'd like to see more modes or ramping in a light with such a wide output range, though the modes the TC20 does have look fairly well-spaced.

The USB charging is USB-C, however it's not standards-compliant and requires a USB A-C cable. I'm disappointed to see that on a premium-brand light with a premium price tag.

The TC20 is well made. My only concern with the manufacturing relates to waterproofing. There was a lack of lubrication on the threads and o-rings. Lubrication is important for reliable waterproofing. My contact at Thrunite assures me they're aware this is a problem and that it should be fixed on newly produced lights. The only protection for water ingress through the USB port is a rubber flap; the port is not sealed when the flap is open. A couple spots on the inside of the battery tube were discolored on my sample. 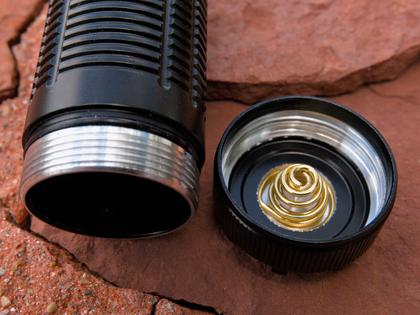 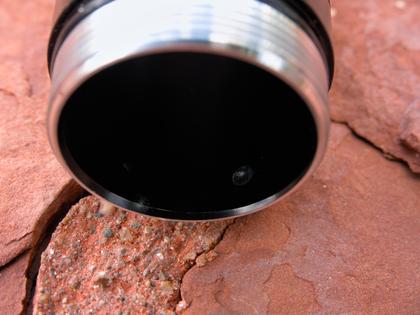 I measured 4518 lumens at 30 seconds, and within a margin of error of the claimed throw. That's the best kind of boring.

The TC20 v2 is a solid choice for a household utility light. A TC20 and a small number of spare batteries could comfortably handle an extended power outage, and there's more than enough power and runtime for the vast majority of household use cases.

The TC20 v2 comes in cool or neutral white, and offers multiple body colors including black, tan, and grey. This is the cool white, black version. 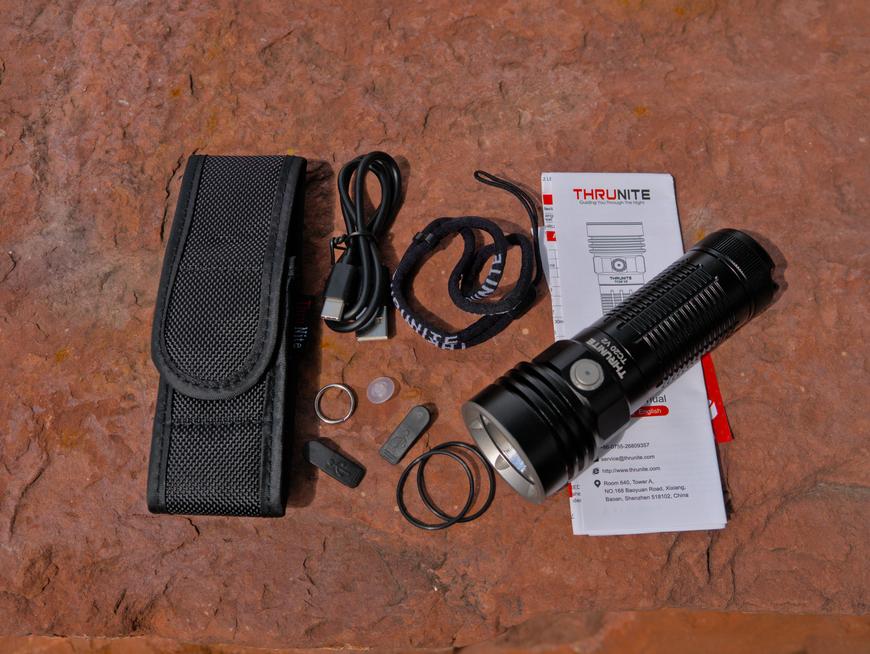 The holster's belt loop is sewn on and does not offer a snap or velcro to attach to MOLLE webbing. I wish it did. 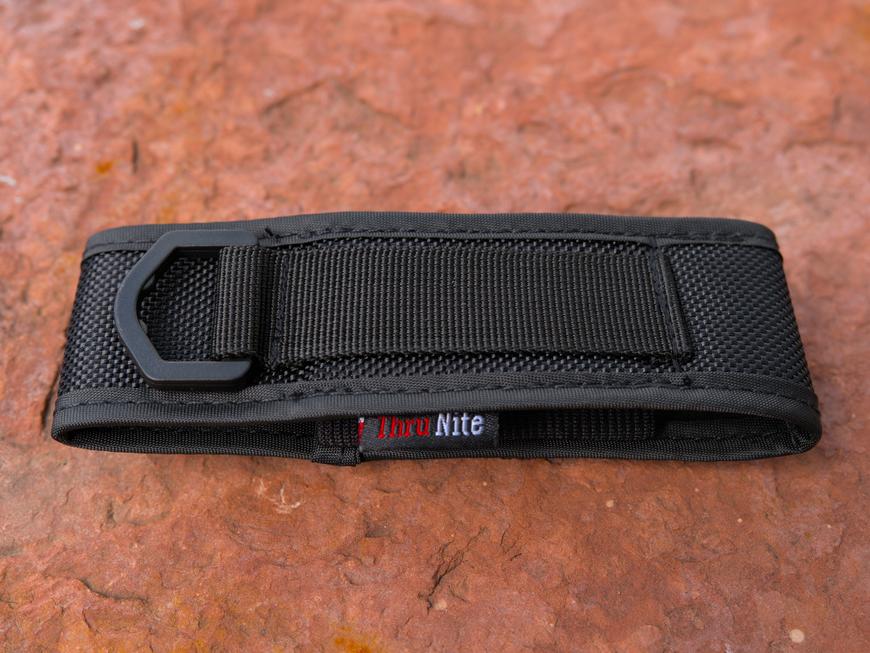 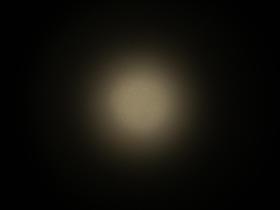 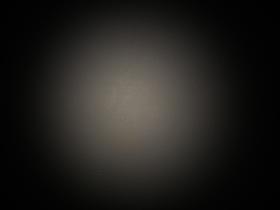 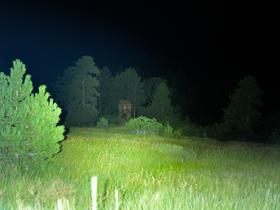 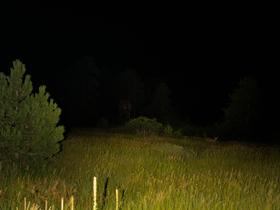 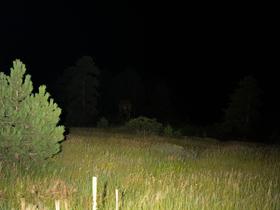 The TC20 v2 uses a single standard 26650 battery. The included battery is protected and tested above rated capacity on my analyzing charger, but an unprotected 26650 will work as well. Charging is via a USB-C port, which does not comply with the USB-C standard and requires an A-C cable to charge. With a suitable (2.1A or higher) USB power supply, charging takes about 3 hours. 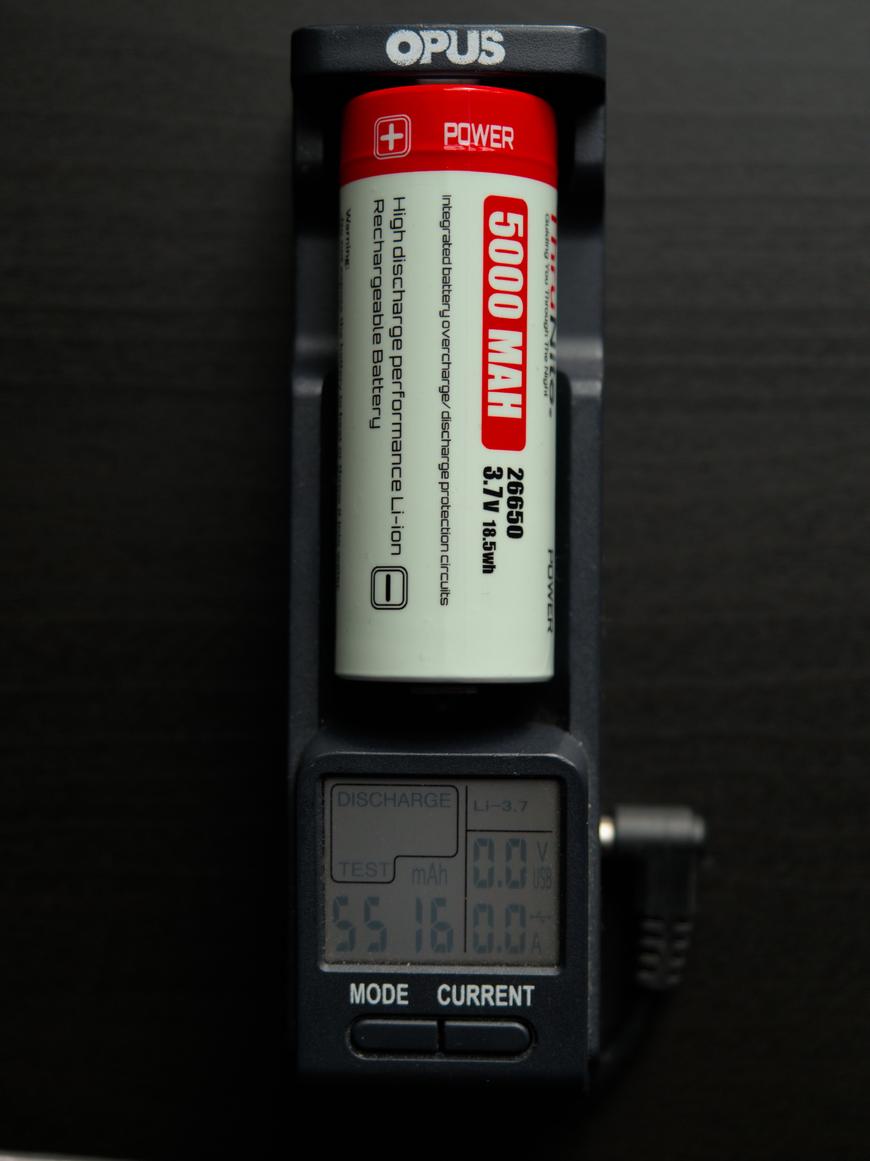 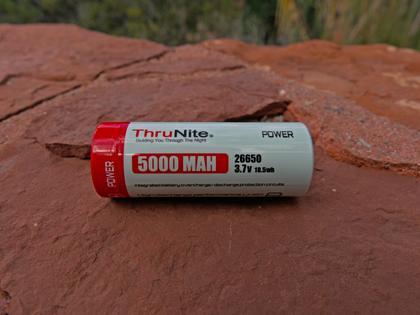 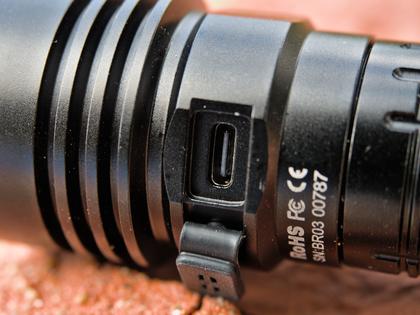 The bezel screws off easily, allowing removal of the reflector and access to the MCPCB. Any XHP70 or XHP70.2 should work, though unlike the T2 the TC20 runs at 6V and cannot use the increasingly popular 12V Getian FC40. A 6V XHP50.2 or Nichia 144A on a different MCPCB might also work in the TC20 v2. 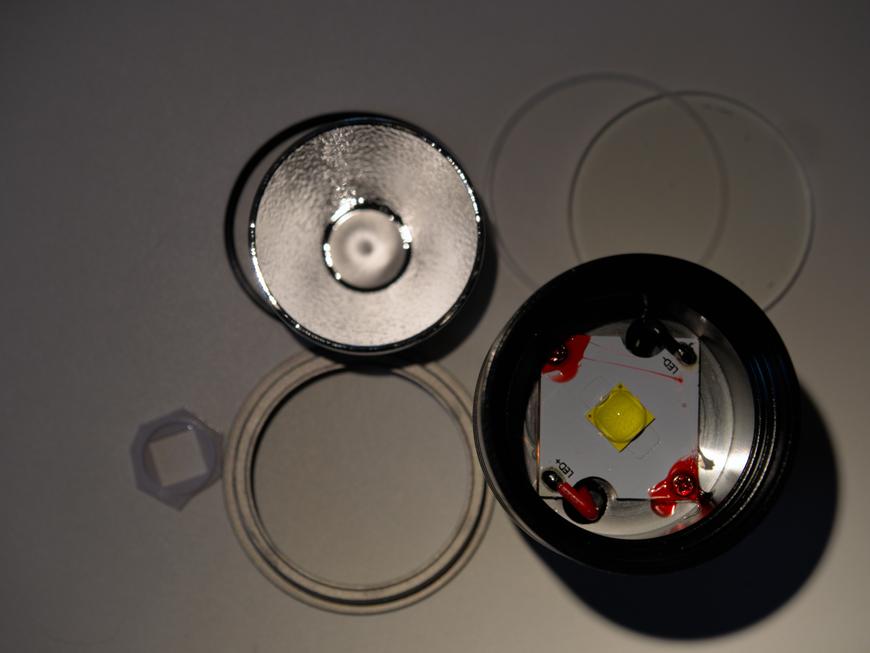