This Zebralight SC64c LE was purchased at full price from a dealer who did not know I was going to review it.

The Zebralight SC64c LE is a compact everyday carry flashlight powered by an 18650 battery using a 90+ CRI, 4000K Samsung LH351D LED. It costs 79 USD, and I have never seen it discounted. Zebralight does no marketing I'm aware of, sends out roughly two free samples to reviewers per decade, has no social media presence, never offers discounts, doesn't offer popular features like onboard charging, has few dealers, makes products widely regarded as visually unappealing, and doesn't chase high output numbers that drive sales. In spite of no apparent effort to sell lights, they do it so effectively that at any given time, half their inventory is backordered. 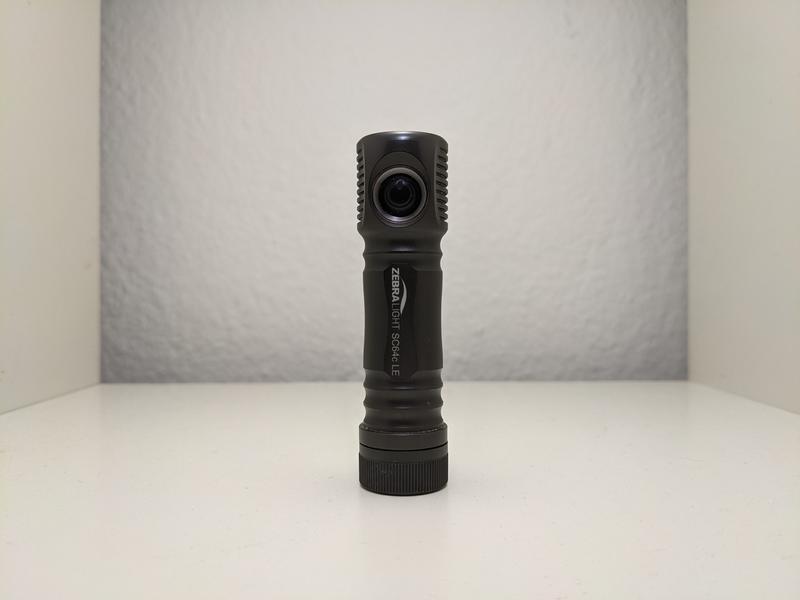 Zebralight channels all their effort into building what they believe are the best illumination tools they can build without much regard to what other companies are doing or what market trends seem to prefer at any given time. I, for one love the result. The size, ergonomics, color quality, and beam profile are ideal for pocket carry and everyday use for me. The lack of highly-overdriven turbo modes and onboard charging allow the light to be more compact and lighter weight, as well as improving reliability. Those may not be the right tradeoffs for everyone, but they're the right tradeoffs for me to the point that my main subjective criterion for evaluating any other EDC flashlight is "how often do I miss my Zebralight?" 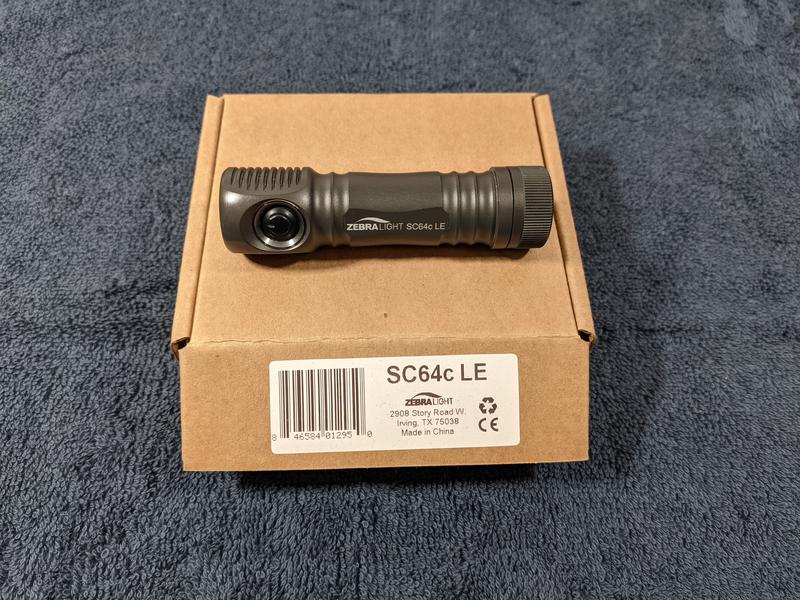 For size comparison, the T10 II is a fairly slim 1xAA light - that's half the battery volume. 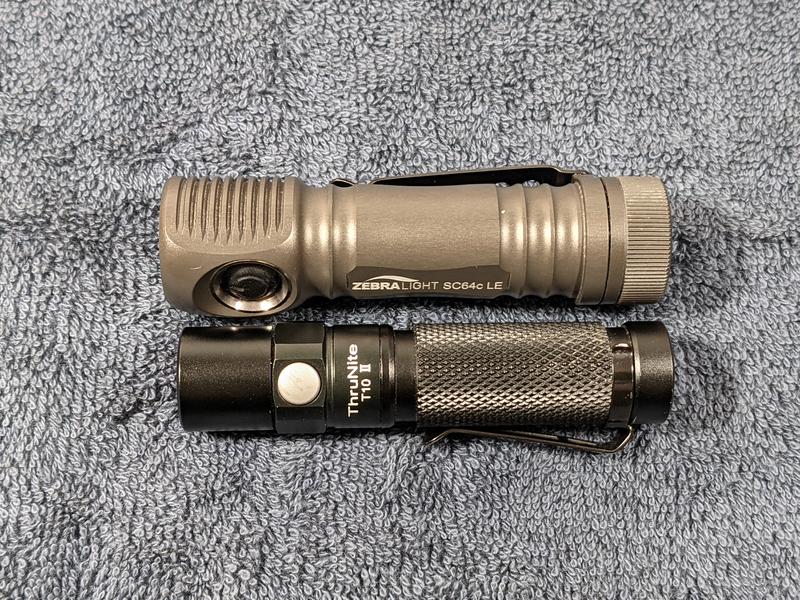 The SC64c LE only comes one way. Other SC64 variants differ in the LED used as follows:

The SC64c LE comes with spare O-rings and a user manual. 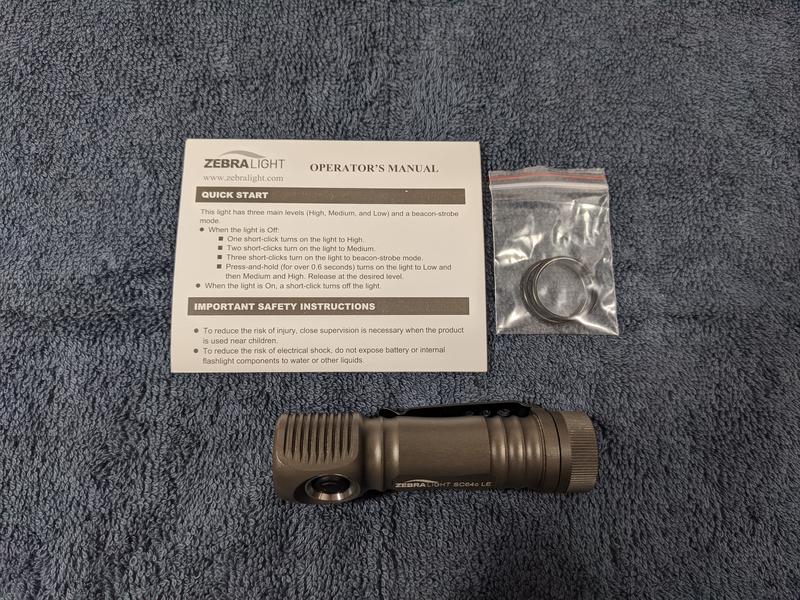 Sub-levels are memorized, so the High from a single-click may be H1 or H2 depending on which was used last. Loosening the tailcap a quarter turn locks out activation mechanically.

There are three configurable mode groups accessed by 5, 6, or 7 clicks from off and a programming system to set each mode to any of 12 brightness levels. That means the single-click action can be set to a medium mode and double-click set to a high mode, for example, but the firmware still considers the single-click mode to be high for the L-M-H cycle, resulting in a perceived L-H-M for the user. This can be awkward, as few people want to pass high to get medium.

The process of configuring mode groups and adjusting the thermal limit is detailed on the product page; I will not repeat it here.

Zebralight does not advertise intensity or throw. For this model, runtimes are not specified on the product page either. They do not specify how their outputs are measured. I use the FL1 standard, but my measuring tools are distinctly makeshift and I would be interested to see output measurements using higher-end calibrated instruments.

H1 was tested with a cooling fan. H2A and below were tested without a fan; H2A would have had slightly higher sustained output and less runitme with a fan. The thermal regulation adjusts continuously, attempting to maintain maximum output without overheating.

The light drops to a ~100 lumen reserve (quite likely identical to M1) when the battery is low, and this typically runs for about 90 minutes on the remaining power. It is not included for H1, which may be unfair to Zebralight.

Cooling tests - H1, uncooled until a stable level is found, after which fan cooling is applied

Zebralight sources tint bins of the LH351D that are less likely to have noticeable green tint than average. Sourcing specific bins is known to be difficult, so this choice, which I suspect contributes to the SC64c LE's frequent backorder status shows a significant committment to color/beam quality. The light is a very neutral 4000K, slightly rosy on high modes and slightly green on low modes, close in appearance to afternoon sunlight. Tint shift across the beam is minimal, and colors are very vivid. 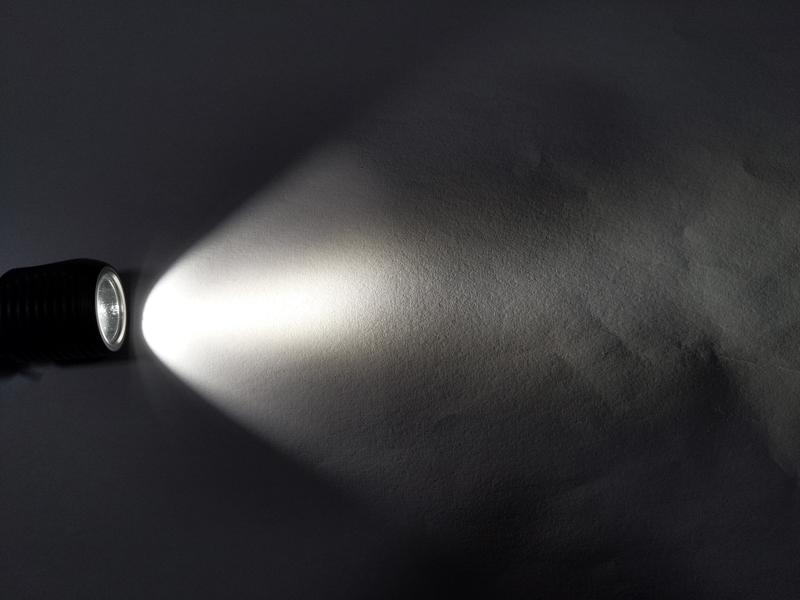 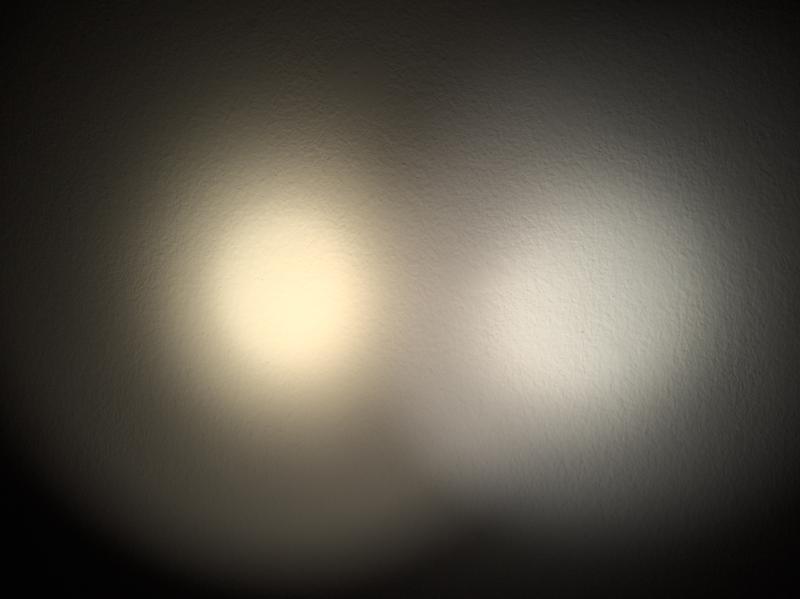 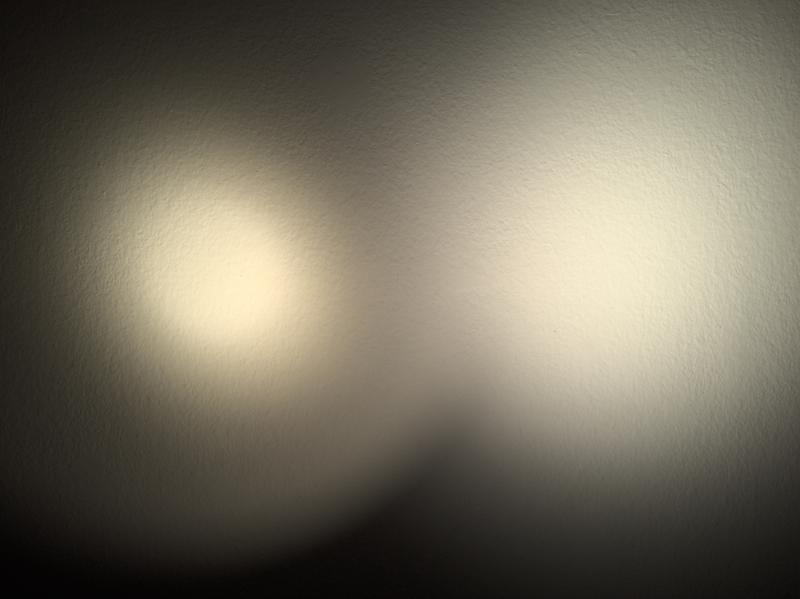 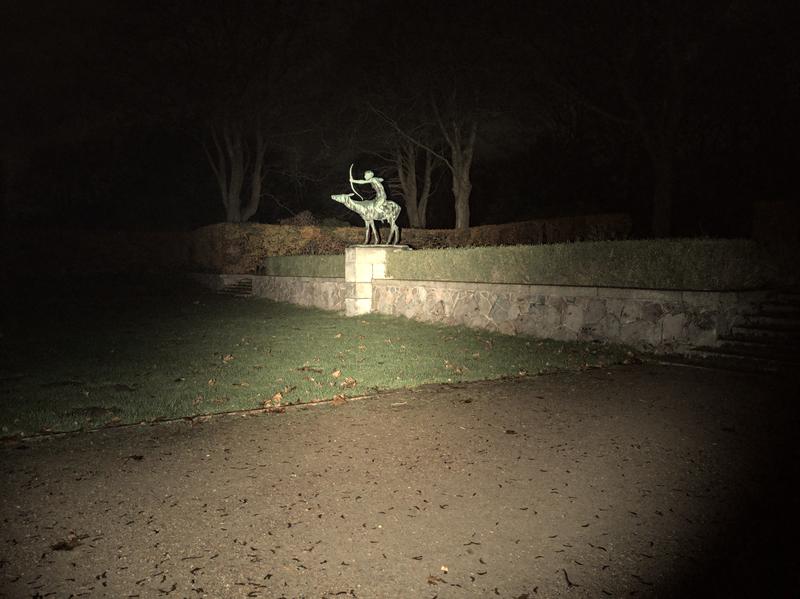 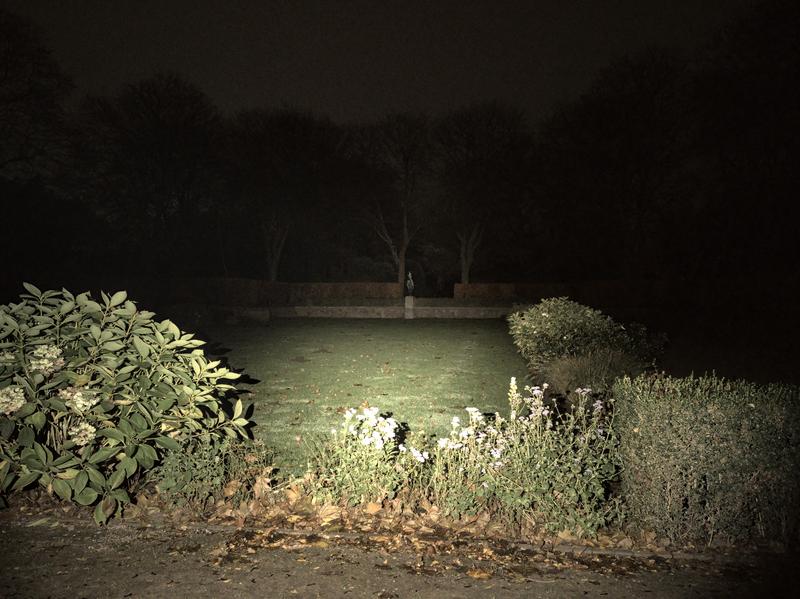 There is no PWM or flicker on any mode. The lowest mode has a very slight ripple. 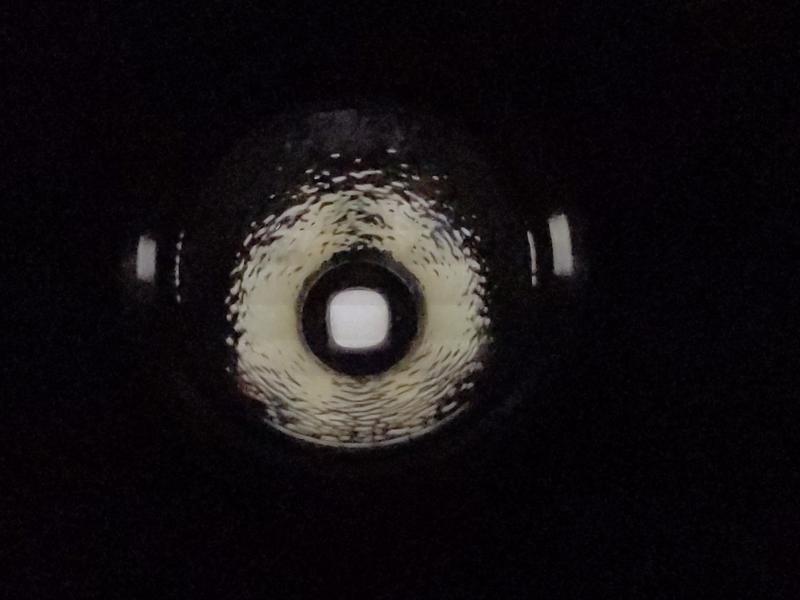 Zebralight uses press-fit construction and a head integrated into the body tube. Fit and finish are impeccable. The aluminum is anodized without dye, resulting in a grey-brown color that can differ slightly between samples. The resulting finish is extremely tough, and I've dropped mine onto hard surfaces several times with no scratching or chipping. Threads are conventional, smooth, and come heavily lubricated. 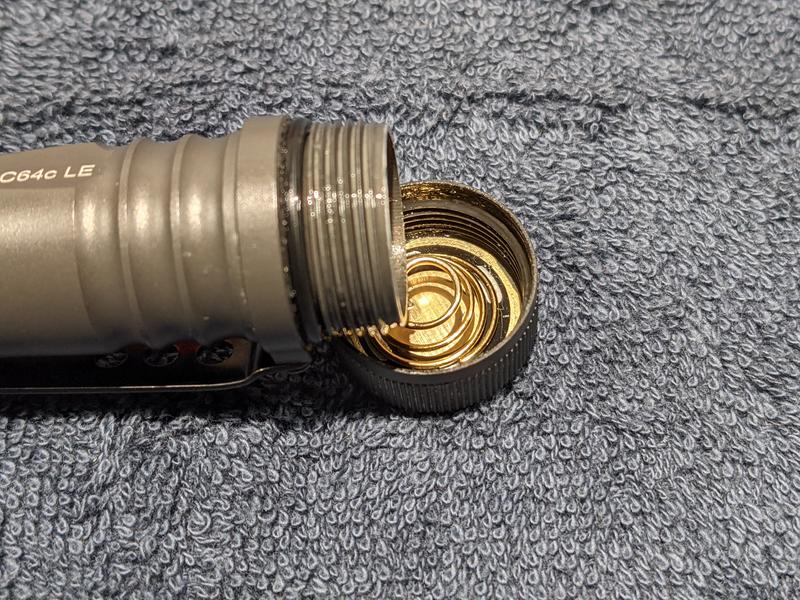 Ergonomics are one of the highlights of the SC64 series. The light provides sufficient grip without aggressive texture; the pocket clip is in a fixed position making it easy to always draw the light in a grip where the button can be found; the button is recessed, providing a tactile cue to its location and simultaneously preventing inadvertant activation. The felt size in the pocket is even smaller than the specs suggest, as excess material has been removed wherever possible. 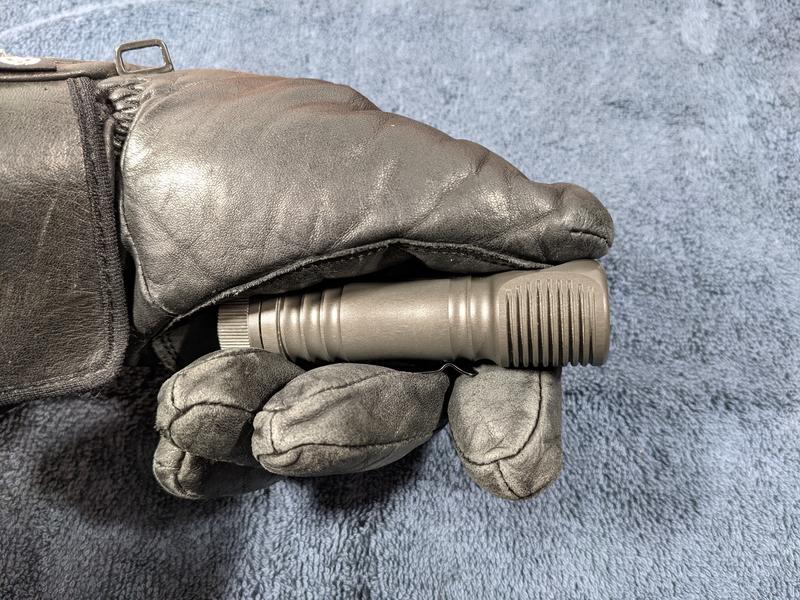 Contact with a flat surface cannot press the button. 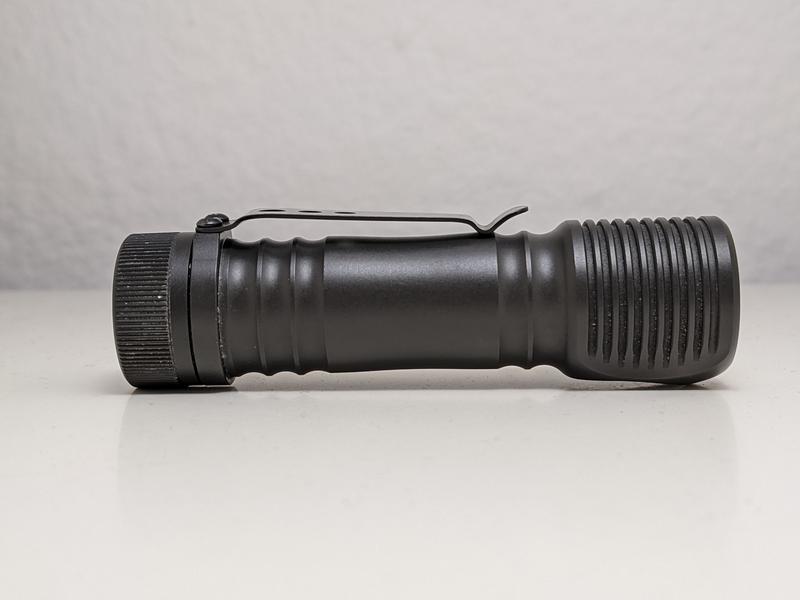 The trend in EDC gear lately has been toward deep carry pocket clips that make an item nearly flush. The SC64 series clip allows about 1cm of the flashlight to stick out of the pocket, which is exactly the amount I prefer for ease of access, but might bother some. There are aftermarket clips sold for the SC64 series, and clips for some knives also fit.

The SC64 series runs on a single unprotected flat-top 18650 battery. No other battery will work. 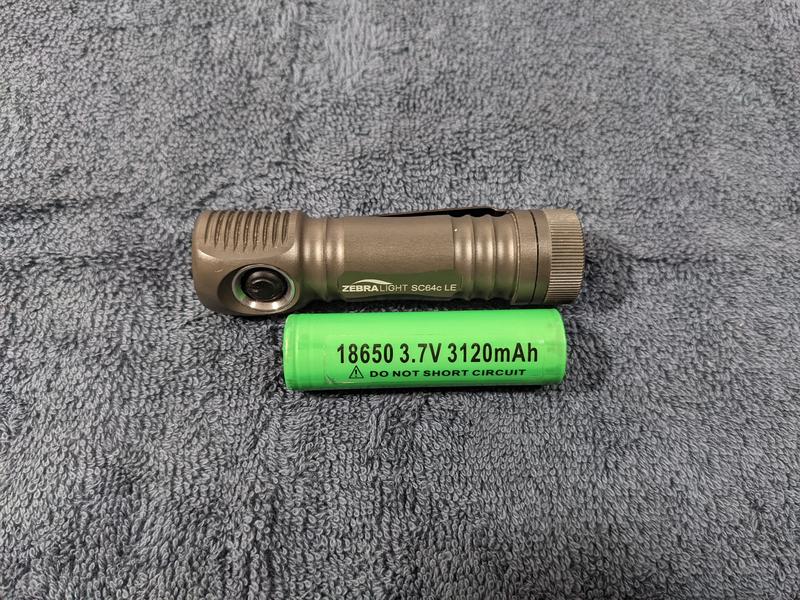 The reason, or perhaps culprit depending on your point of view is the use of pogo pin contacts for the positive terminal. 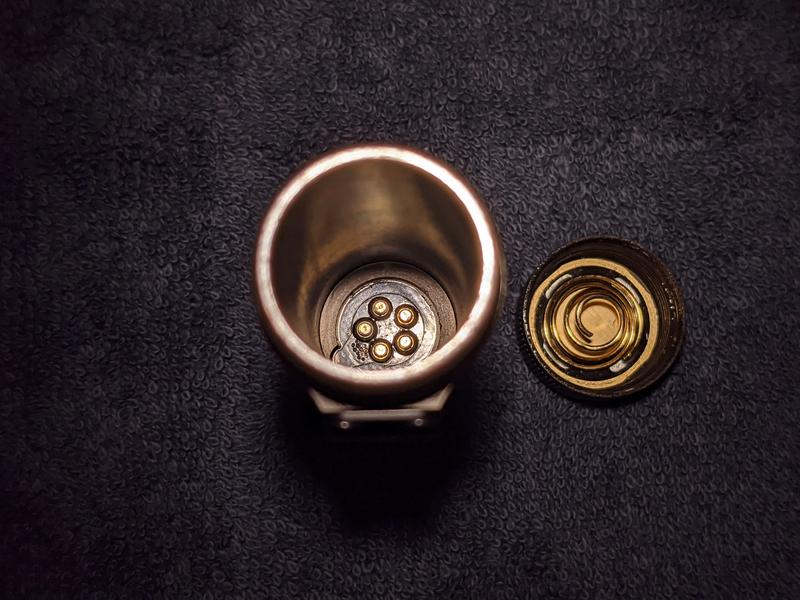 Aftermarket pocket clips and magnets glued to the tailcap are popular modifications for Zebralights, but changing the internals is quite difficult. I'm aware of one person offering emitter swaps, who goes by bob_bcbob on /r/flashlight and BLF. Various 3V emitters (for the SC64c LE) and different XHP35s (for the others) will work, with the Nichia 219B probably being the most popular option. The process involves a hot reflow of the entire driver, as there is no separate MCPCB.