This Nitecore MH10 v2 was providen by Nitecore for review. 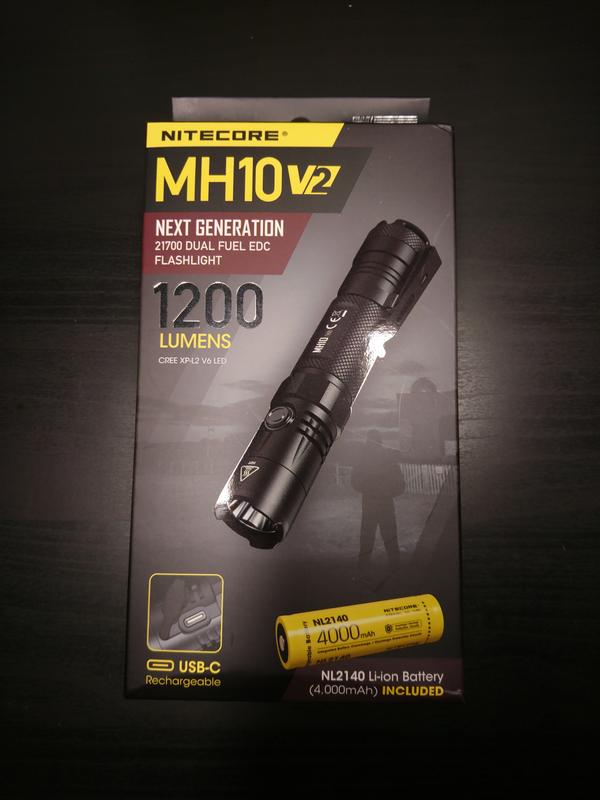 The MH10 v2 is a general-purpose utility flashlight with USB-C charging and a 21700 battery as well as the ability to use several other Li-ion battery sizes. It has moderate output, decent throw and a low probability of doing anything dangerous, making it well-suited for non-expert users. This is a light suited to use around the house or in a vehicle, in a bag or jacket as a backup to a smaller everyday carry light, or carried in a holster for professional use. 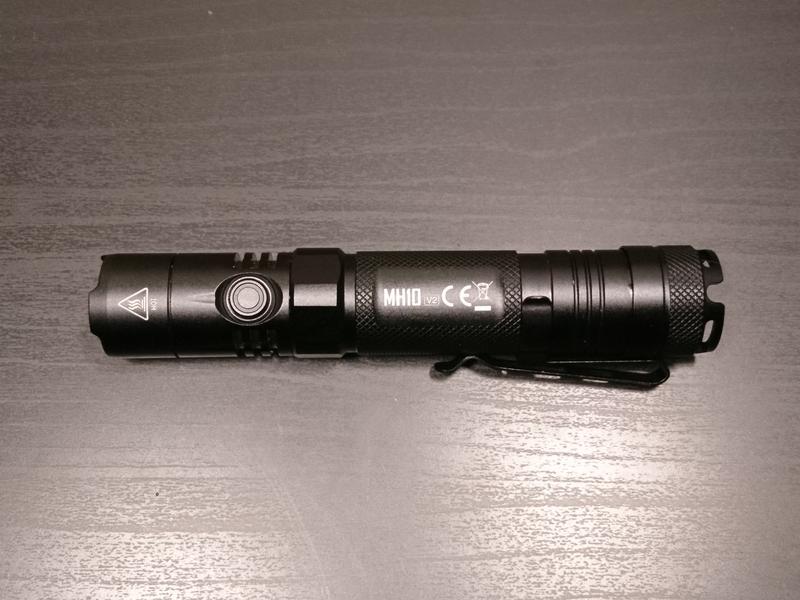 In a market dominated by lights designed around pushing performance extremes, this is refreshingly practical, and a perfect contrast to Nitecore's entry into the other end of that spectrum, the TM10K, which can make 10,000 lumens for 7 seconds while (arguably) fitting in a pants pocket. The MH10 v2 has a fairly long usable range at moderate output combined with a big battery, making it suited to extended use. This is a tool, not a toy.

The MH10 v2 manages to fit a 21700 battery in a tube with an outer diameter of 25mm. That's an important dimension because many 18650-powered flashlights and related accessories are that diameter, and will likely fit this light. It does not strive for compactness in the other dimension however, with a length of 147mm. Pocket carry requires deep pockets, and some tolerance for weight at about 150g with a 21700 battery installed.

The user interface is largely similar to that used by Acebeam, Olight, and Thrunite for single-e-switch lights, however a double-click is strobe rather than high as on much of its competition. Lack of a shortcut to high is a disadvantage, and it's compounded by the likelihood of accidental strobe. I'm happy to see more brands adopting similar UIs, and I'd like to see that standardization go just a bit farther. Matching the UI of other popular lights would suit the MH10 v2 especially well in the role of a secondary light. 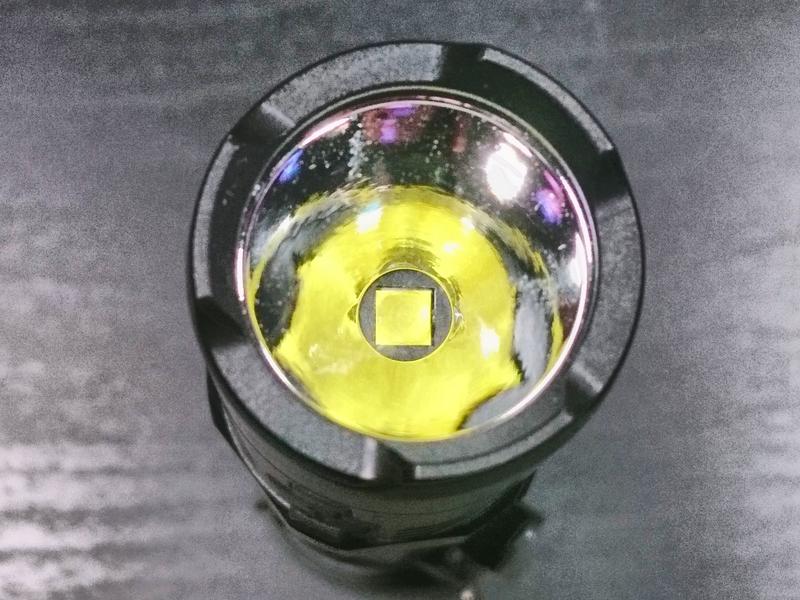 The charging port is USB-C, and unlike much of the flashlight market, it's standards-compliant USB-C - at least I think it is. I don't have the equipment for a proper test, but it charges from C-to-C using several power supplies I have, while many USB-C lights require A-to-C. An indicator light under the switch blinks out the battery voltage when the tailcap is first tightened.

Most of the conservative design decisions of the MH10 v2 make it a better tool for most users than many of the more extreme lights on the market, but the choice of LED is a bit too conservative. Mainstream flashlights have been using cool white emitters from Cree for a long time, but that's starting to change, and a 6500K XP-L2 is not the most competitive emitter available in 2020. As with the other flip-chip designs from Cree, including the XP-G3 and XHP.2 series, the XP-L2 produces ugly beams in most optics, with significant tint shift across the beam. Nitecore's smooth reflector is no exception, and the tint shift in combination with a very cool color temperature and low color rendering index results in illumination that's a liability where color is a significant part of what the user is trying to see. 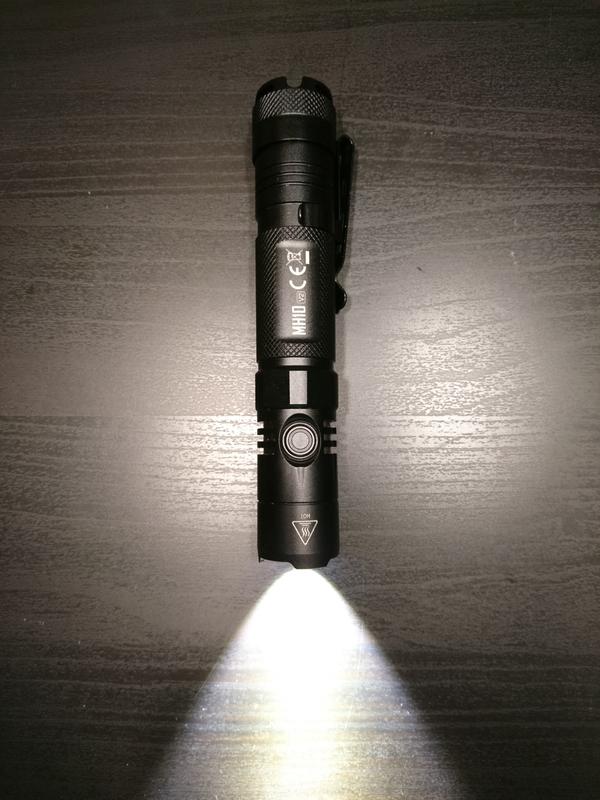 I've observed no functional issues with the MH10 v2. The build quality is fine, though a small nick in the finish after some carry suggests it will show more visible wear over time than some lights. It does exactly what it sets out to do, and the only surprises have been positive.

One of those surprises is that the thermal regulation steps up in a reasonable manner when the body of the flashlight is cooled following a stepdown. Few lights do this, and a majority of those I've seen attempt it did it very badly. Less surprising is that efficiency is high, and there's no PWM or significant ripple. 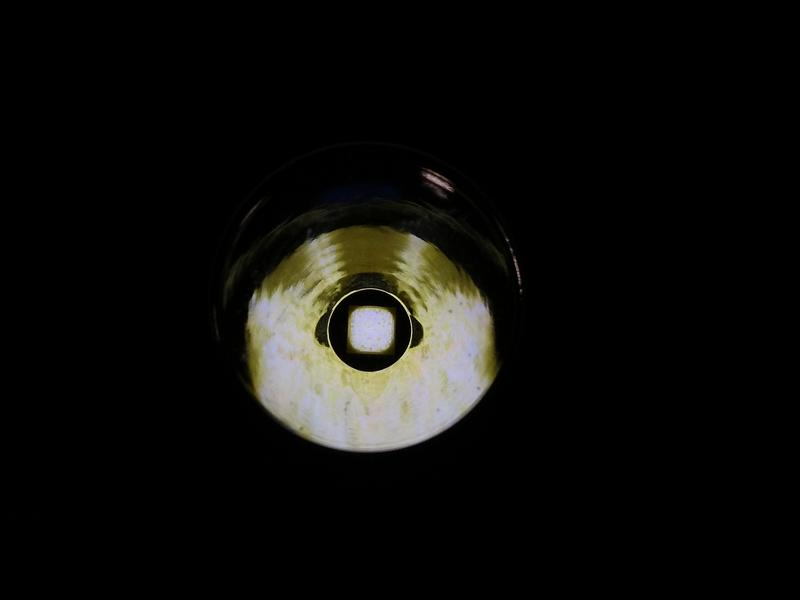 The MH10 v2 is a fine general-purpose light for most people, especially those who use Li-ion lights in other sizes and want the option of sharing spare batteries between lights. I'm not a fan of double-click as a shortcut to strobe though, and I'd really like to see a different LED, like a Samsung LH351D in 5000K, 90 CRI. Nitecore has offered high-CRI editions of other lights, and this one would be a good candidate. 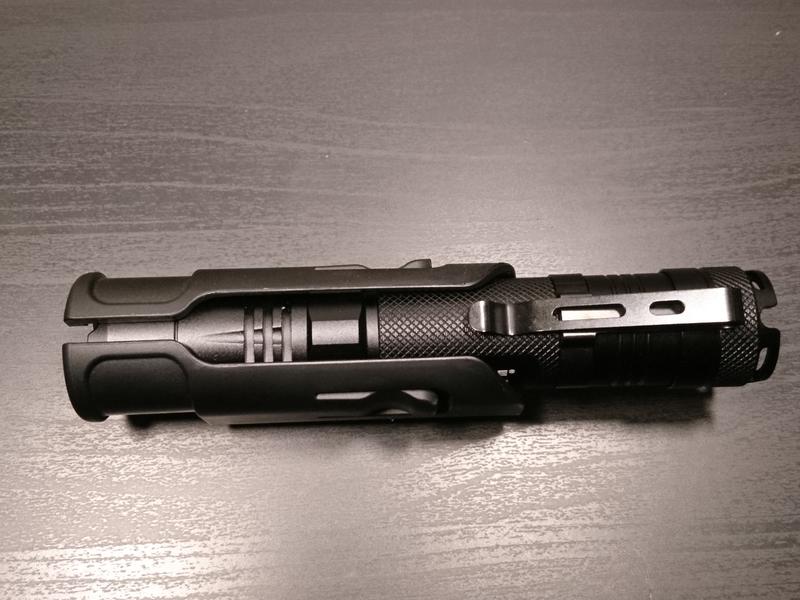 The holster is a polymer design that adjusts to different belt sizes with a removable spacer, and does not cover the lens. The light can be operated in the holster if rotated to a position that exposes the button.

This UI resembles that used by Acebeam, Olight, and Thrunite, but gives up the shortcut to high in favor of a double-click to strobe.

30 second output with the battery discharged to 3.7V was still 1170 lumens, though battery charge does affect maximum output as it discharges further.

This is a cool white Cree XP-L2 in a smooth reflector. Flashlight nerds already know what this means, but for everyone else, the coloration of the beam somewhat resembles a bruise. Colors are washed out, and in some parts of the beam, significantly distorted. There are not significant artifacts otherwise, and the combination of distinct hotspot, large corona, and spill extended beyond that make for a useful beam shape. There is no PWM or ripple detectable in any mode. 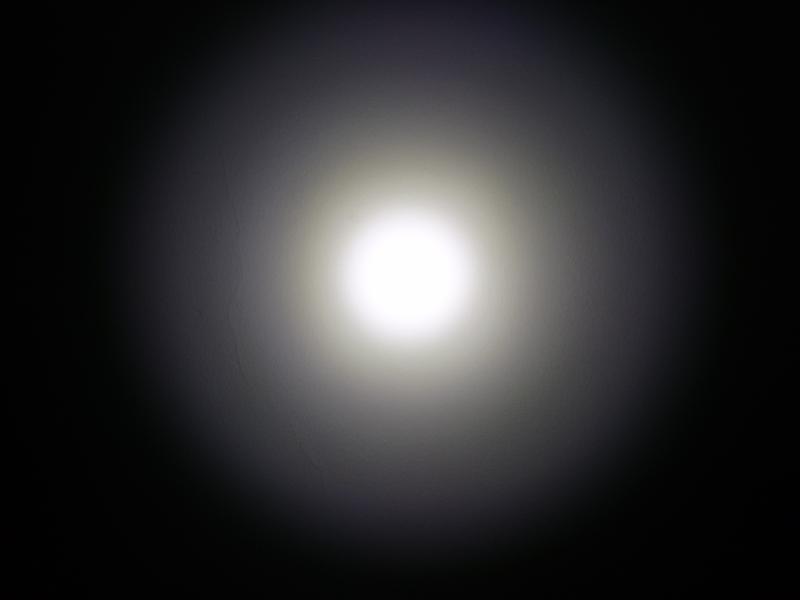 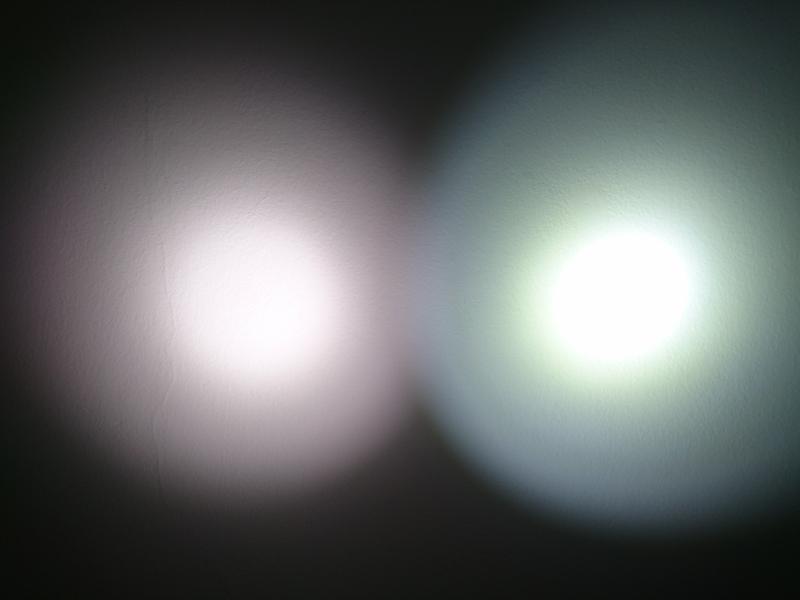 versus Armytek Wizard Pro 144A 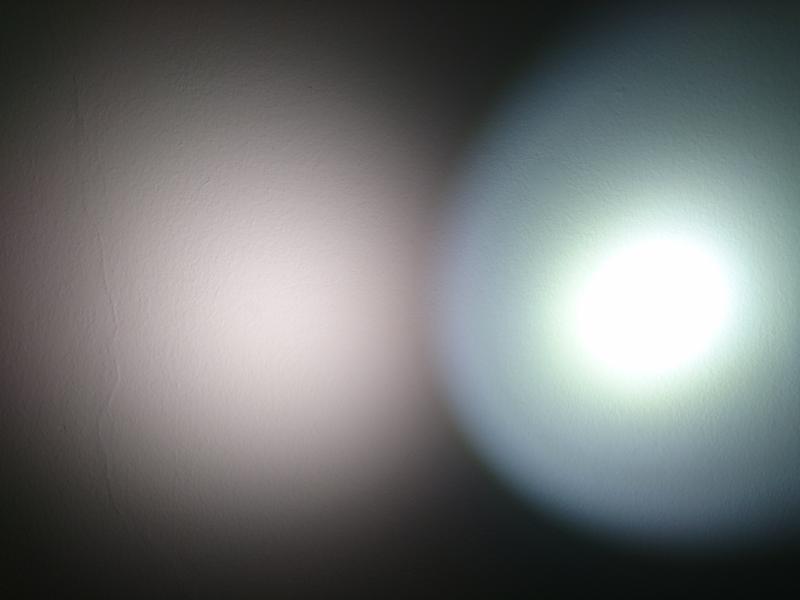 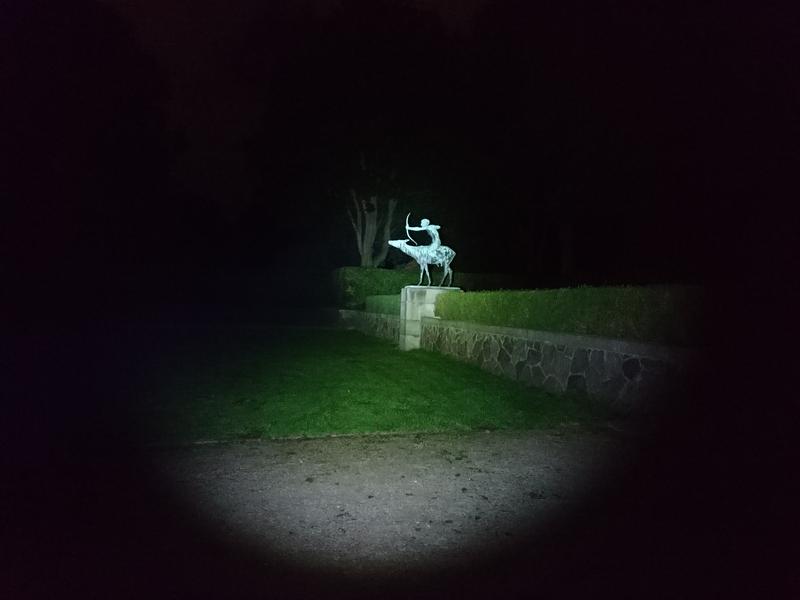 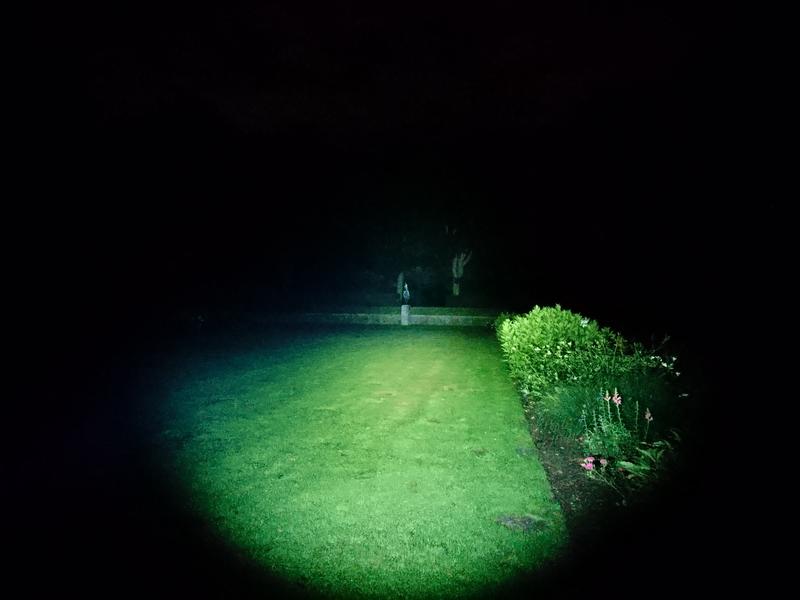 Constuction of the MH10 v2 is typical of 1x18650 tube lights with one notable exception: the springs on both ends of the battery tube are longer than typical, and provide significant tension for reliable use of a variety of battery sizes. The light is waterproof as long as the USB cover is closed, though the port does not seem to be sealed aginst ingress when open, as some Nitecore models have been. 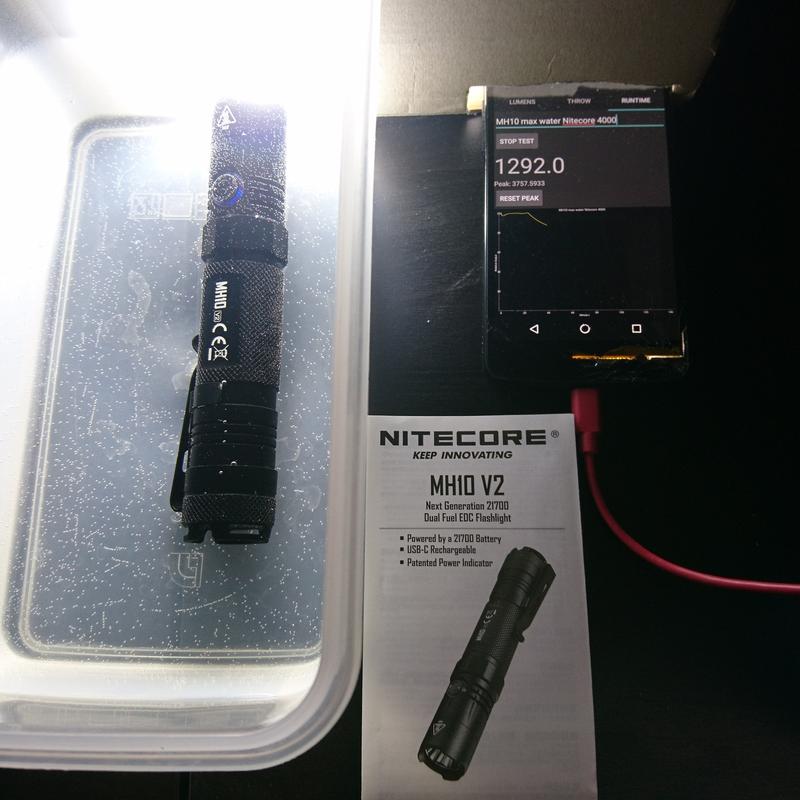 The MH10 v2 is a tube light with light checkering on the tailcap and midsection. It provides reliable grip without being aggressive. The sideswitch is slightly raised, making it possible to find by feel with bare hands (not with gloves), but also possible to press by pushing the light against a flat surface. I have not experienced an accidental activation. 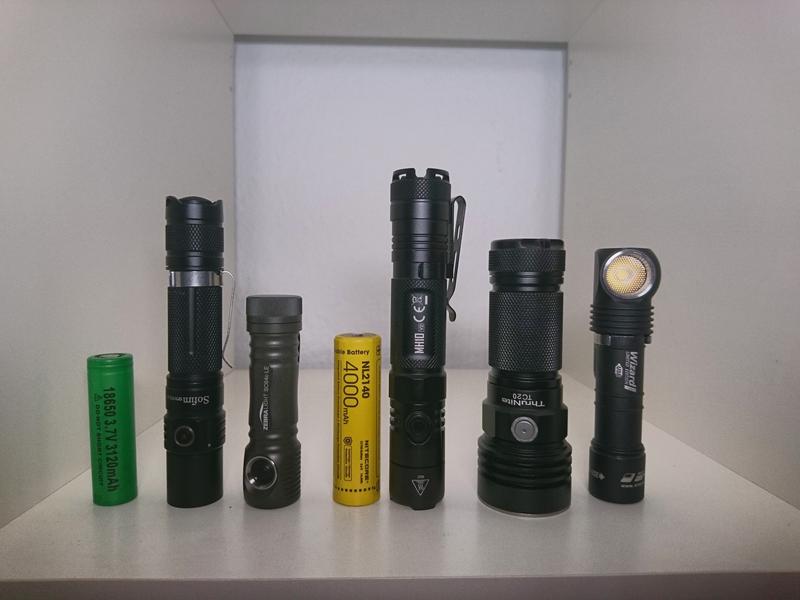 It's possible to pocket-carry the light, and the loopover pocket clip carries fairly deep with only about 1cm sticking out of the pocket on a light nearly 15cm long.

Protected 21700s are very long and only fit in a few slot chargers. 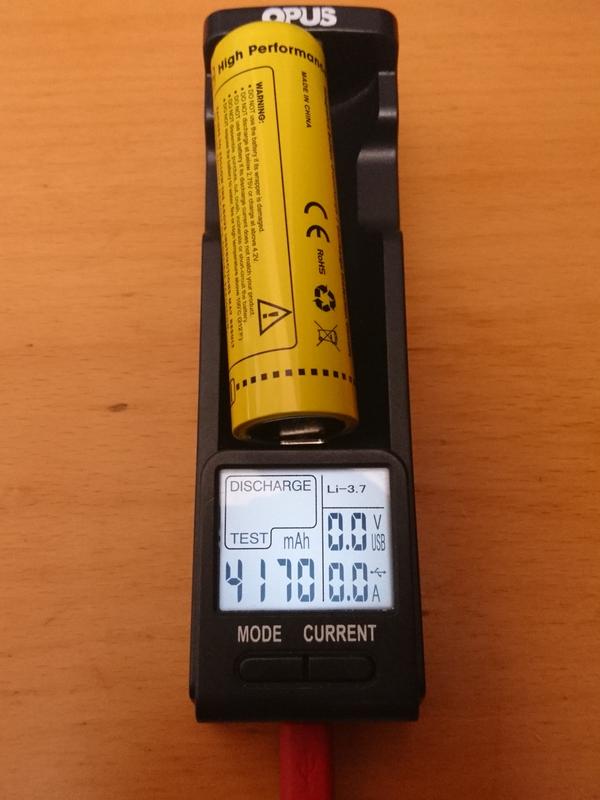 Shown here is a non-exhaustive seleciton of battery options to power the MH10 v2. 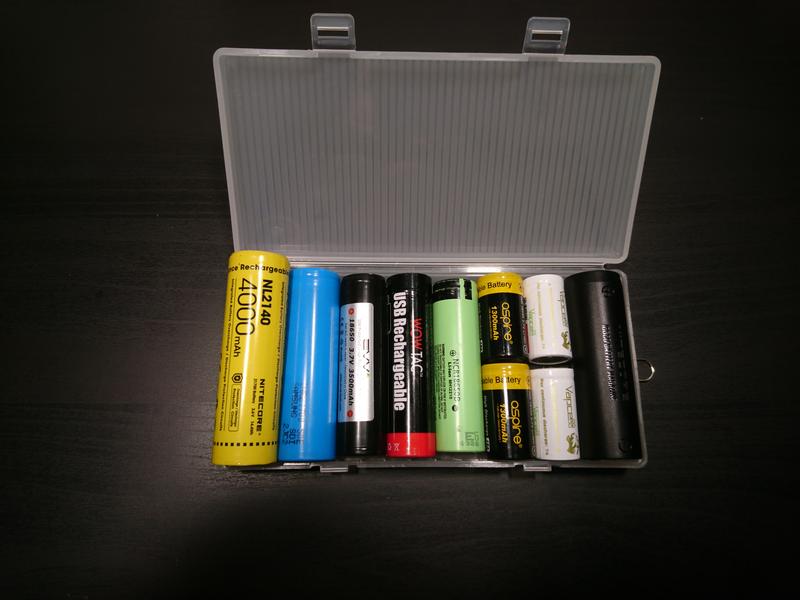 Using the onboard charging with an LVSun 110W USB power supply, it took 4 hours to charge a Samsung 50E from the MH10 v2's low-voltage shutoff. The included battery has less capacity and should charge a bit faster. The battery was at 4.14V after charging anwd a few minutes to rest, which is correct termination for Li-ion. There's low-voltage protection around 2.8V per cell for single and dual cells.

The light does not operate when powered by USB, with or without a battery installed.

I broke a strap wrench trying to get the bezel off, after a couple dips in boiling water. The glue used on this light is impressive, and likely precludes any changes to the LED, reflector, or driver without risking damage.