This Thrunite Archer Mini was provided by Thrunite for review. 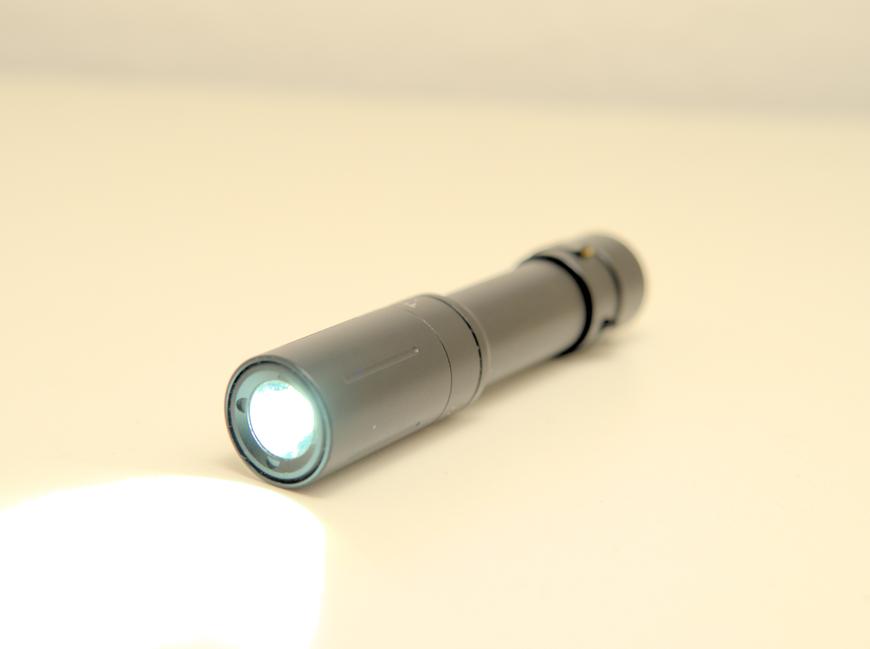 The Thrunite Archer Mini is a small everyday carry flashlight with a non-removable battery, but similar to 1xAAA in size. There's a tail e-switch with shortcuts to low and high from off, but those (and strobe) are the only modes. The low is a fairly bright 18 lumens, far too much to preserve dark adaptation. It has a USB-C port under a threaded collar for charging. 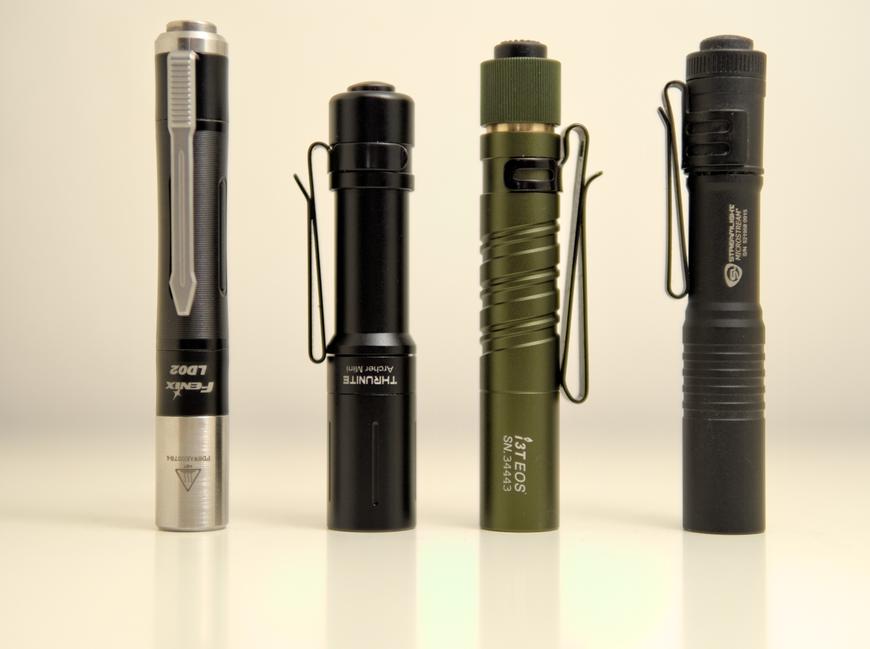 One of the core features of any flashlight is the light it produces, and that's where the Archer Mini disappoints. With 351 lumens at power-on and 150 sustainable, there's plenty of it for a light this size, but the quality of the light is terrible. It's not just cool white or poor at rendering colors, common common flaws of mass-market flashlights. It's not white at all according to ANSI standards. It's green. It's so green that it wouldn't qualify as white if it was half as green. 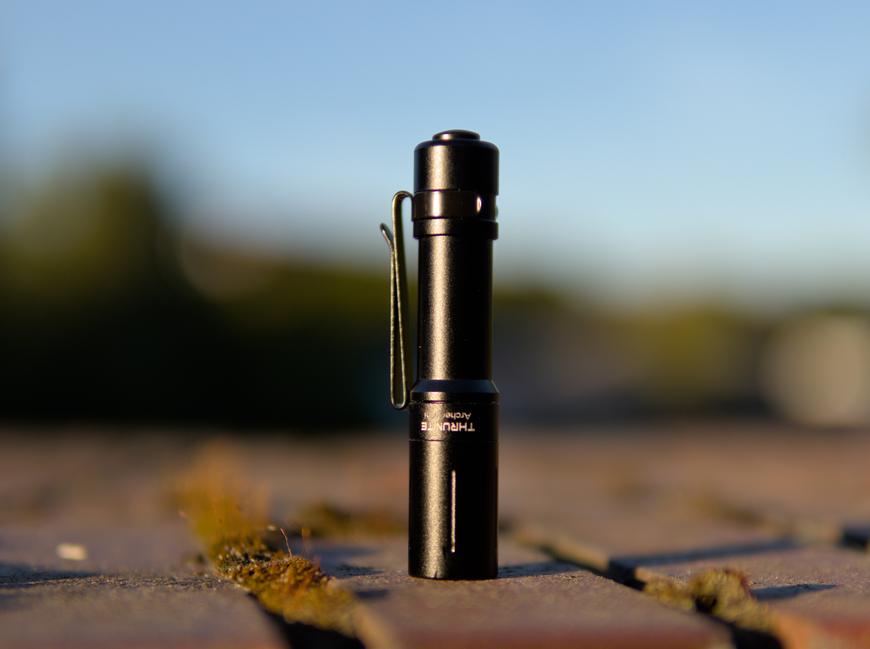 For somebody who doesn't care about color, or dark adaptation, or having a flashlight with a shelf-life longer than that of a a Li-ion battery, this light is fine. I think we should care about those things though, and the Archer mini is not recommended.

The Archer Mini comes in black, green, and tan body colors with a choice of cool or neutral white. This is the black, cool white version. 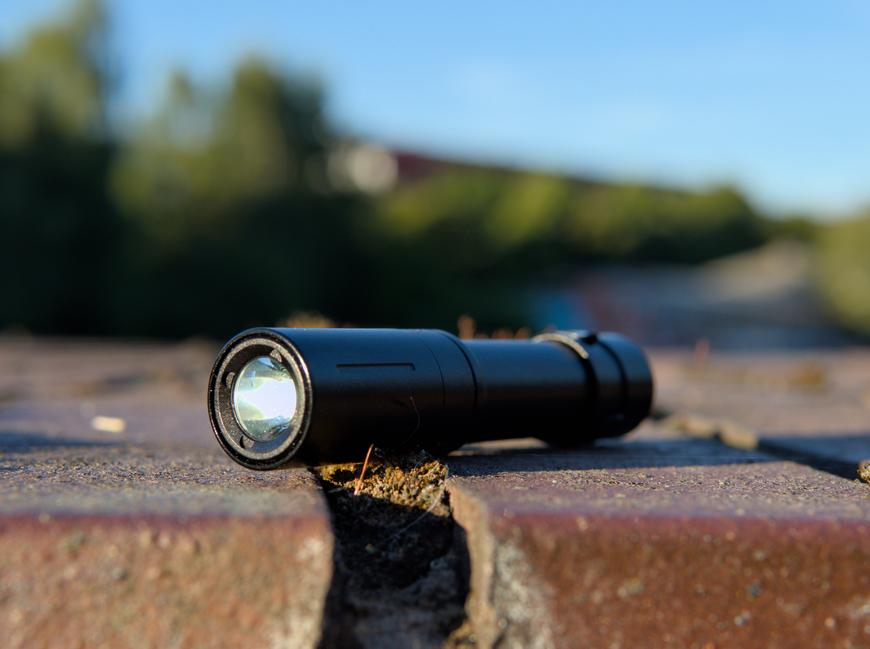 Included accessories are a USB A-C cable and instruction sheet in Chinese, English, Japanese, and German. 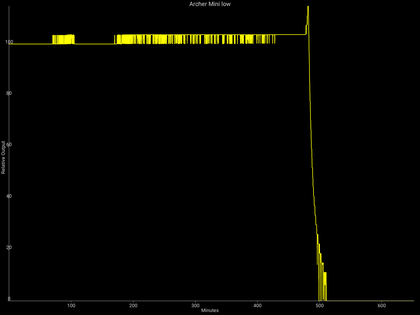 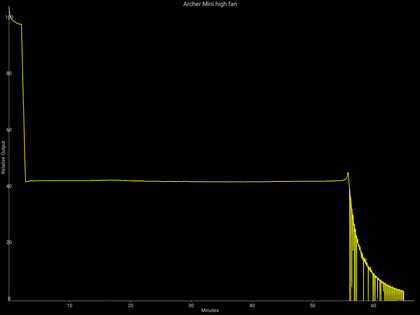 A tint Duv greater than +/- 0.006 is not white according to ANSI C78.377-2008. This light is over twice the allowable distance from white. CRI values for non-white light are not valid, but if they were, these would be very bad. 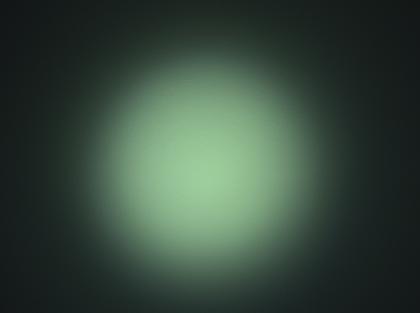 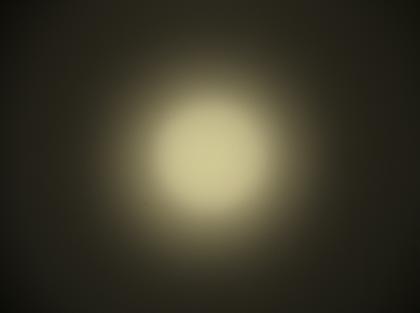 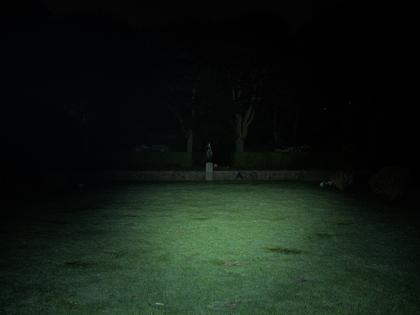 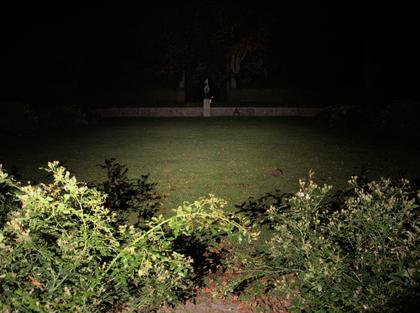 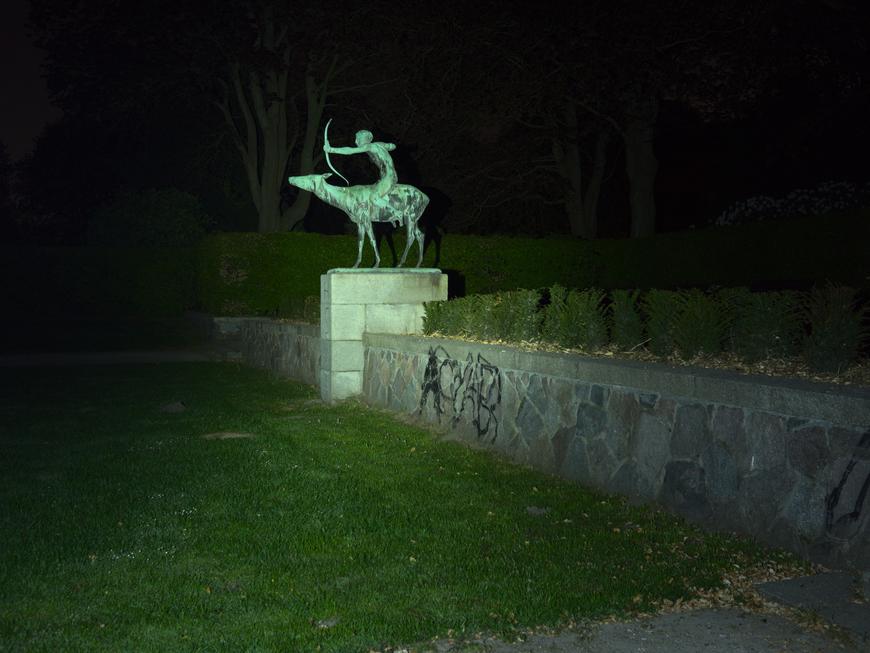 The battery is built in to the Archer Mini and is described as a 10440 Li-ion on the product page. It charges via USB-C, and all USB C-to-C power supplies I tested work.